The Vision of Daniel 7 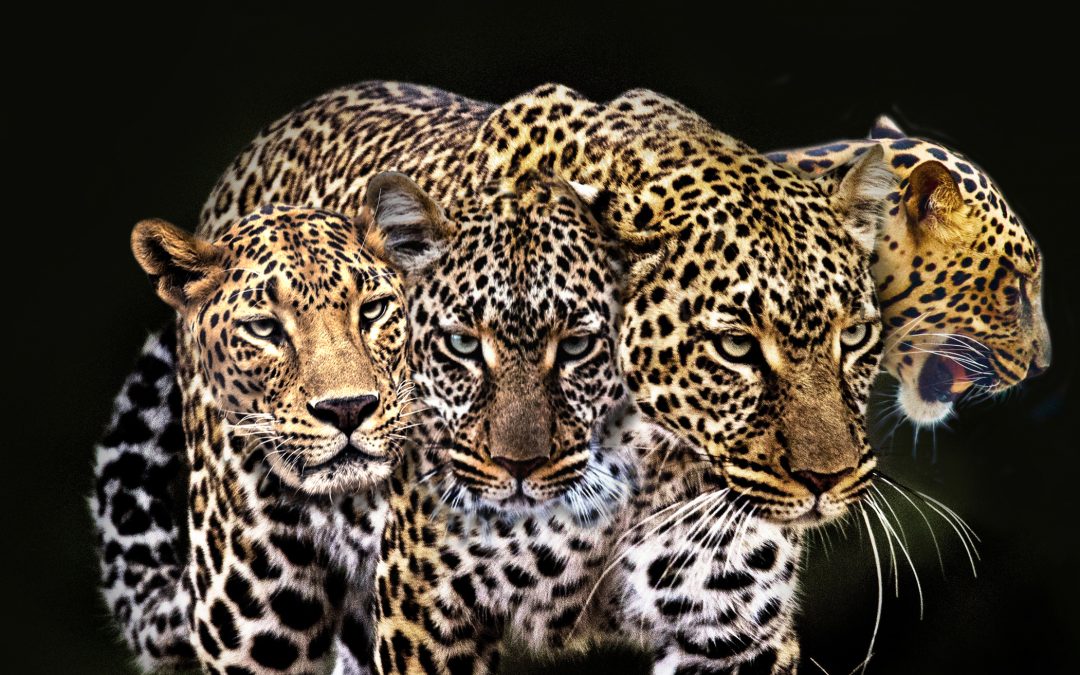 By Dan Bergman | The handwriting was not yet on the wall. Daniel had not yet seen the inside of that lion’s den. It was 553 B.C. – the first year of Belshazzar’s reign in Babylon. Although recorded later in our Bibles, the events of Daniel 7 actually take place before chapter 5. Daniel was likely around 70 years old. His hair was grey, and his features weathered, but God was with him, as He always had been. Daniel had seen kingdoms fall, leaders transition, and watched the Most High orchestrate history. It was an inaugural year of a new king’s reign. Imagine with me back to one particular night, as Daniel’s head is resting on his pillow as it did countless nights before. But, this night Daniel has a very special dream. The revelation within his dream spans the entirety of remaining human history, and eventually leads on into eternity! Daniel has recorded this dream for us to examine. We would do well to study it closely. You may never view world news in the same way. Are you ready?

The wind was tumultuous. It wrestled with the waves of an angry sea. Daniel could likely feel the gusts of wind on his face and smell the sea air. Out of these waters emerge four different creatures – each one ferocious and terrifying:

The first beast was “like a lion.” “The Lion of Babylon” is an ancient Babylonian symbol representative of the King of Babylon. Nebuchadnezzar identified himself with this animal, and constructed numerous statues and architectural features highlighting the lion as a representation of his authority and kingdom. The lion in the vision has wings to begin with, and then they are removed. It stands to its hind legs like a man, and it was given a man’s heart. This is undoubtedly King Nebuchadnezzar – Babylon. This is the first of four successive kingdoms on the world’s stage in the unfolding drama that is God’s timetable.

The second beast is the bear who is inferior to the lion, representing the kingdom of Medo-Persia. This is the kingdom that conquered the Babylonian empire in 539 B.C. There are two halves to this second kingdom. The fact that the bear is propped up on one side shows that one half of the kingdom is stronger and more predominant than the other. This is in reference to the Persian kingdom. The three ribs in the bear’s mouth likely symbolize the three nations that were conquered by the Medo-Persian empire: Lydia (546 B.C.), Babylon (539 B.C.), and Egypt (526 B.C.).

The third beast is like a leopard which symbolizes the Greek empire, which overcame the Persians in 331 B.C. According to the Benson commentary,

“The leopard is remarkable for swiftness, and Alexander and the Macedonians were amazingly swift and rapid in their conquests… The leopard… is of small stature, but of great courage, so as not to be afraid to engage with the lion and the larger beasts; and so Alexander, a little king, in comparison, of small stature too, and with a small army, dared to attack… Darius, whose kingdom was extended from the Ægean sea to the Indies… The beast had also four heads — to denote the four kingdoms into which this same third kingdom should be divided, as it was after the death of Alexander, among his four captains; Cassander reigning over Macedon and Greece, Lysimachus over Thrace and Bithynia, Ptolemy over Egypt, and Seleucus over Syria. And dominion was given to it — Which shows, as Jerome observes, that it was not owing to the fortitude of Alexander, but proceeded from the will of the Lord. And, indeed, unless he had been directed, preserved, and assisted by the mighty power of God, how could Alexander, with thirty thousand men, have overcome Darius with six hundred thousand, and in so short a time have brought all the countries, from Greece as far as to India, into subjection.”1

This beast is unlike the previous three. It is the only one that is not described as having the likeness of another animal. Where we would expect to read the terms “like unto a…” as with the other beasts, we see instead the terms “dreadful and terrible, and strong exceedingly.” 2

The fourth beast had great iron teeth and ten horns, with a little horn coming up among the ten, replacing three of the original horns. The little horn had eyes like a man, and a mouth speaking great things. Can you imagine how horrifying this must have been? What a terrible sight!
The last beast, said to have iron teeth, is linked to the material of iron, and therefore parallel to fourth kingdom of Nebuchadnezzar’s dream represented by the iron legs and feet of Daniel 2:40. Following the pattern of each empire concurring the previous, this next successive kingdom is undoubtedly the Roman empire, whose fierceness, cruelty, strength, and size dwarfed that of all of the previous kingdoms before it.

One feature of this fourth kingdom in both Nebuchadnezzar’s dream in Daniel 2, and Daniel’s own dream in chapter 7, is that this kingdom, unlike the previous three, seems to occur in phases. The legs of iron were separate from the feet and toes of iron and clay, depicting a revised Roman empire. In the same way, the fourth beast seems to show phases to his empire as well.3

ROME IN THE PAST

This is the first of three “phases” of the Roman empire as identified in Daniel’s dream – the dreadful, terrible beast with iron teeth, who smashes and stomps everything to pieces with his feet. The republic of Rome, which began in Italy in the 6th century B.C., officially became an empire with the naming of the Roman military leader Octavian as “princeps” (first citizen), and “Augustus” (the venerated) in 27 B.C.4

Most historians date the end of the Western Roman Empire in 476, when Romulus Augustulus was forced to abdicate to the Germanic warlord Odoacer. The Eastern Kingdom however, endured through the middle ages, and birthed the Roman Catholic religion. This counterfeit form of true Christianity has brought unspeakable pain and agony upon the Jewish people – wrongfully proclaiming that Jesus commanded such persecution of His people. The Eastern Roman Empire finally collapsed when Mehmed the Conqueror conquered the city of Constantinople on May 29th, 1453.5

ROME IN THE PRESENT

The second phase of this is quite possibly in its infancy stage as you and I live and breathe today. This was referred to by the late Renald Showers as the “ten horns” or “ten kingdoms” stage.6 It is a revised Roman empire consisting of ten nations or regions. This revised Roman empire would certainly connect nations previously under the rule of the old Roman empire. This parallels the feet and ten toes of iron and clay, which were inferior to the legs of pure iron.

The following is certainly speculation, but interestingly could very well fit into Bible prophecy: The European Union, a confederacy of nations was formed in 1957, when Belgium, France, Italy, Luxembourg, the Netherlands, and West Germany signed the Treaty of Rome. Students of prophecy became excited when the EU(European Union) reached a count of ten nations with the joining of Greece in 1981, because of the ten horns listed in Daniel 7. Their hopes of this being the fulfillment of Daniel’s dream were short lived however, when in 1986 the EU received its 11th member/state – Portugal. The EU is now up to a count of 28 nations. What does this mean? Is this not the revived Roman empire, occupying much of the land area previously ruled by Rome? I certainly believe it is a possibility. But what about the ten horns?

Something very interesting began forming a little over a year ago, that you might not be aware of. French President Emmanuel Macron began pushing what he calls a “true European army.” This was a jab at the current EU defense coalition of 25 countries, known as the Permanent Structured Co-operation (PESCO).7

Critics of PESCO regard it as a “low-ambition pact that ropes in too many countries, including those with little interest in sending troops abroad, to be operationally useful.”8

Macron’s idea? A ten-nation “Army of the Willing.” Did you catch that? Ten nations. This military Arm of the EU will be a coalition of ten “kings.” In May of 2018, Politico reported from Paris, that “Impatient with German foot-dragging on defense, French President Emmanuel Macron will bring together a 10-nation coalition of the willing next month [June, 2018] designed to prepare European armed forces to take action together in emergencies, and to bind Britain into military cooperation as it leaves the EU.” 9

France, the U.K., Germany, Italy, Spain, the Netherlands, Belgium, Portugal, Denmark and Estonia were the original ten nations poised to create this force. Interestingly, Italy backtracked its initial support, leaving the coalition at nine nations until November of last year, when Finland signed, making the army once again comprised of ten nations. 10

Politico’s article continues, “Macron outlined the idea in his keynote Sorbonne speech on European integration last September, calling for a common European intervention force, defense budget and doctrine for action in contingencies where the United States and NATO may not get involved… Frustrated by the big-tent, low-ambition start to the European Union’s so-called Permanent Structured Cooperation (PESCO) in defense agreed last year at Germany’s insistence, the French leader is pressing ahead with a small core of like-minded nations outside EU and NATO institutional structures.”11

Could the ten horns, and ten toes of Daniel’s prophecy be these ten “kings” or nations, as part of Macron’s EU Army? Time will tell. The EU not only perfectly fits the prophetic bill for a revived Roman empire, but also in many practical ways, it is shaping into exactly the type of structure, with precisely the right influence, reach, ambitions, and potential of the one-world order ruled by the Anti-Christ himself.

Leading up to, and at its inception, the EU was viewed as an economic entity. This facet of control plays a large part in the Anti-Christ’s kingdom, as does military might, which the EU is now focusing on.

Many, many nations and entities (including Israel and the Palestinian Authority) are not members in the EU, but are designated as “neighborhood partners,” which gives them a “Privileged relationship” 12 in cooperation with the EU. It might surprise you to find out who the biggest contributor to Israel is in the area of importing and exporting. It’s the EU! 40% of Israeli imports come from the EU, while 30% of Israeli exports go to the EU! 13 Dear reader, I believe the stage is being set!

ROME IN THE FUTURE

We read in Daniel 7:25 that the little horn would subdue three kings, and that he “shall speak great words against the most High, and shall wear out the saints of the most High, and think to change times and laws: and they shall be given into his hand until a time and times and the dividing of time.”

The three-and-a-half year period mentioned here is the second half of the tribulation, which culminates with the second coming of Messiah, and the Anti-Christ’s destruction.14 When does the Anti-Christ reveal himself to the world, and unveil his true purpose? At the mid-point of the Tribulation, when he desecrates the re-built Temple, and demands worship as God. This beast will be destroyed, praise God, and the end of Daniel’s vision in his dream paints a glorious picture of how Jesus will have the final kingdom:

“I saw in the night visions, and, behold, one like the Son of man came with the clouds of heaven, and came to the Ancient of days, and they brought him near before him. And there was given him dominion, and glory, and a kingdom, that all people, nations, and languages, should serve him: his dominion is an everlasting dominion, which shall not pass away, and his kingdom that which shall not be destroyed.”
– Daniel 7:13,14