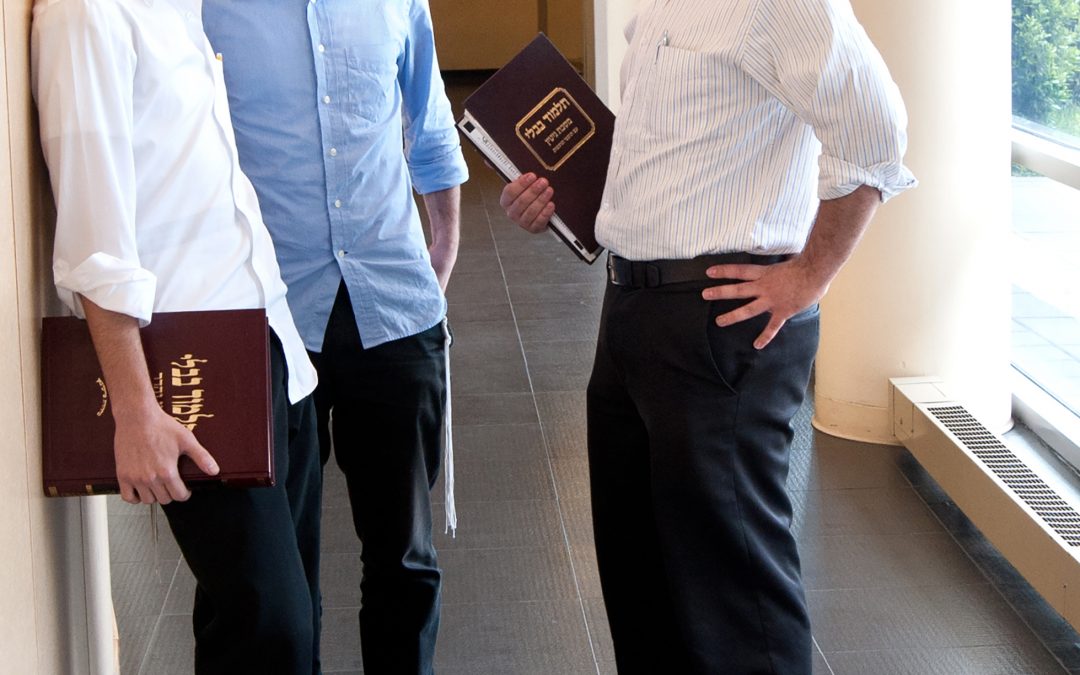 Up until the 19th century there was only one form of Judaism – Orthodox Judaism. Certainly there were Jewish people who were atheists and those who claimed to be agnostics. But if one wanted to practice the religion of Judaism it came in only one form – Orthodox. Orthodox Judaism, though, has a number of branches – from the very religious ultra-orthodox to what is referred to as “modern” orthodox.

The term “orthodox” Judaism was introduced by the early adherents of Reform Judaism as a derogatory term. Samson Raphael Hirsch, a leading 19th-century German Orthodox rabbi and one of the chief opponents of the emergent Reform movement at that time, wrote in 1854:

“It was not ‘Orthodox’ Jews who introduced the word ‘orthodox’ into Jewish discussion. It was the modern ‘progressive’ Jews who first applied the name to ‘old,’ ‘backward’ Jews as a derogatory term. This name was … resented by ‘old’ Jews. And rightfully so.”1

Reform Judaism was birthed in the 19th century in Germany in reaction to the strictness of the Judaism of the day. In the middle to late 19th century the movement came to the U.S. and took root here and became the center of Reform Judaism. It is also know as liberal Judaism and progressive Judaism.

The Union for Reformed Judaism, the largest Reformed Judaism organization, website2 defines Reform Judaism as: “Reform Judaism maintains faith in the Covenant between God and Israel as expressed over the generations in the teachings of an ever-evolving Torah and tradition. Stirred by the mandate of tikkun olam, Reform Judaism seeks to be the living expression of those teachings. It welcomes all who seek Jewish connection to pursue a life of meaning as inspired by the Divine and proclaimed in the truths grasped by Jewish teachers throughout time.”

The key phrases in this statement are “an ever-evolving Torah and tradition” and “seeks to be the living expression of those teachings.” These two phrases identify what Reform Judaism is all about. First, there is no absolute authority, such as the Bible, because things always evolve. Second, Reform Judaism is characterized by a “good works” emphasis, although without an objective standard such as the Bible for defining good and evil, “good works” is a highly subjective term.

A convention of reform rabbis and adherents met in Pittsburgh, PA in 1885 and produced the first official document of the movement defining Reform Judaism. The Pittsburgh Platform of 18853 had eight points describing this new movement in Judaism.

The liberalism of Reform Judaism is seen in some of the statements from this document:

The myjewishlearning.com website comments, “Many of the principles outlined in it were revised – and generally softened – by the leaders of the Reform movement in later documents such as the Columbus Platform (1937), the Centenary Perspective (1976), and the New Pittsburgh Platform (1999).” The fact remains that Reform Judaism is very liberal in its thinking and practice.

Pew Research Center’s landmark 2013 survey of US Jewry tells us this about Reform Judaism in the U.S.

Once one understands the history of Reform Judaism it is not difficult to grasp their beliefs in a number of areas. Following are some of the beliefs of Reform Judaism that would be of interest to the Bible believing Christian.

God – They believe in God but not the God revealed in the Scriptures.

Reform Judaism believes in God. This belief has been demonstrated from the earliest days of the movement; specifically, the Pittsburgh Platform in 1885, which said, “We hold that Judaism presents the highest concept of the God-idea as taught in our holy Scriptures.” It was reaffirmed in 1937 in the Columbus Platform: “The heart of Judaism and its chief contribution to religion is the doctrine of the One, living God, who rules the world through law and love.” It was reaffirmed yet again in 1976: “The affirmation of God has always been essential to our people’s will to survive.”4

Messiah5 – There is No Messiah, Just a Messianic Age

The 1885 Pittsburgh Platform [stating the principles of Reform Judaism] rejected the traditional Jewish hope for an heir of King David to arise when the world was ready to acknowledge that heir as the one anointed (the original meaning of mashiach, anglicized into “Messiah”). In the Avot, the first [blessing] of the Amidah [a central prayer in Jewish liturgy], Reformers changed the prayerbook’s hope for a go-el, a redeemer, to geulah, redemption…

–Commentary on the Pittsburgh Platform, www.ccarnet.org

Scripture – The scripture (Bible) is an inspiring book but not inspired by God.

Reform Judaism differs from the other major movements in that it views the Scripture as a product of human hands.6 This would include the oral law as well as the Bible. For a practitioner of Reform Judaism the Bible is not the inspired, inerrant word of God, although, theoretically, one could believe the Scripture or the Torah (5 books of Moses) are from God, and be in Reform Judaism.

Heaven and Hell – These eternal destinies are denied by Reform Judaism.

Salvation – As with all forms of Judaism, salvation is earned by one’s good works.

Some people look at these teachings and deduce that Jews try to “earn our way into Heaven” by performing the mitzvot. This is a gross mischaracterization of our religion. It is important to remember that unlike some religions, Judaism is not focused on the question of how to get into heaven. Judaism is focused on life and how to live it. Non-Jews frequently ask me, “do you really think you’re going to go to Hell if you don’t do such-and-such?” It always catches me a bit off balance, because the question of where I am going after death simply doesn’t enter into the equation when I think about the mitzvot.

We perform the mitzvot because it is our privilege and our sacred obligation to do so. We perform them out of a sense of love and duty, not out of a desire to get something in return.

LESSONS TO BE APPLIED FOR EVANGELISM

2. The denial (oftentimes) of a personal God, the inerrancy of scripture, a personal Messiah from the Davidic line, and other basic biblical truths make it imperative that the area of apologetics be used in sharing the gospel with Jewish people. Many Jewish people have ben saved as a result of learning about the prophecies about Israel and then the prophecies about the Messiah.

3. Although half of all reform Jews marry Gentiles today there is often a desire to in some way connect with their Jewish heritage. They desire to identify with being Jewish, though not in religious practice or affiliation to a great extent. So oftentimes the biggest problem initially becomes one that is sociological and not theological. That is, “I was born Jewish and I will die Jewish. I will not convert to being a Gentile.”

4. The desire to relate to their Jewishness in some way requires Bible believers to repeatedly state that believing in Jesus is very “Jewish.” Jesus was born in Israel, had a Jewish mother, and was raised in a Jewish home. Beyond that, the Messiah was promised to come by the God of Israel, prophesied about by the Jewish prophets, and revealed in the Jewish Bible. Accepting Jesus as Messiah is actually a very Jewish thing. The best way to accomplish this is to show the prophecies from the Tenach (Old Testament) that speak of the Messiah – i.e. his birth in Bethlehem (Micah 5:2) and his life, death, burial and resurrection (Isaiah 53) are two excellent places to start.

When you understand a little about the people you are sharing the gospel with, it is easier to focus your message to communicate more effectively with them. A study of the gospels shows that Jesus used different approaches with Pharisees, Sadducees and others because they had different beliefs. In our evangelism we should change our focus in the same type of way Jesus did to relate and communicate the gospel with a particular person.