PROPHET: God’s Spokesman to the People 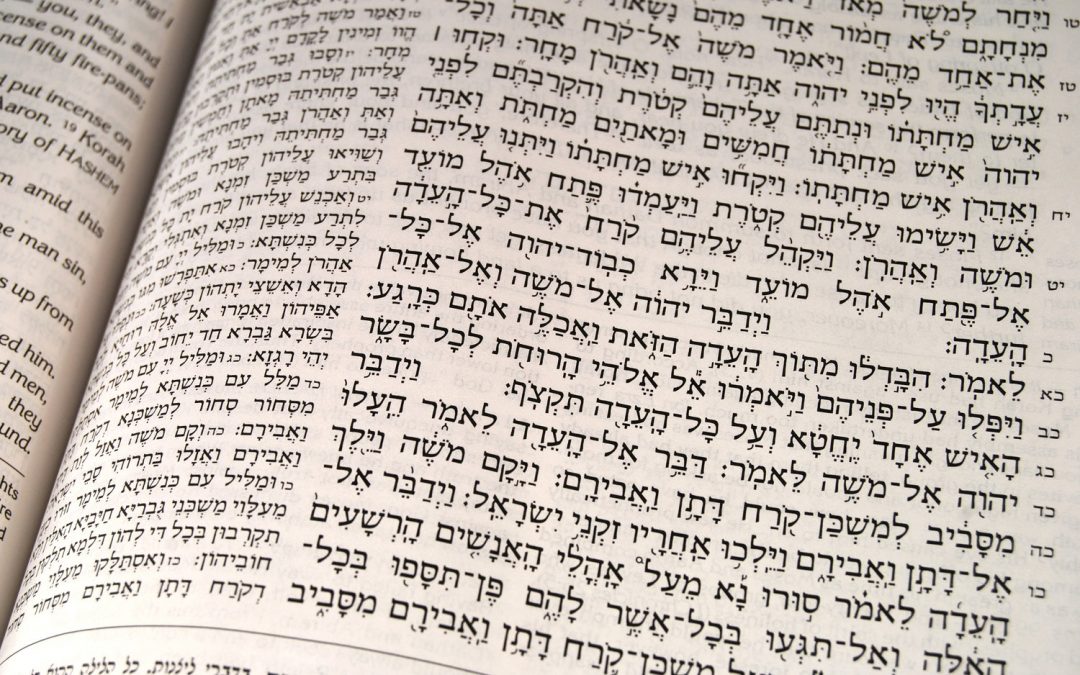 Long before the first priest (from the tribe of Levi) or king (from the tribe of Judah) arrived on the scene in ancient Israel, prophets graced the pages of biblical history. Unlike the priest and the king, the prophet, though certainly called by God, was not from a particular tribe. The prophet was God’s spokesman to the people. The responsibility of the prophet was to encourage, bless, rebuke, and judge the people, the priest, or the king, as the need arose.

The nations of ancient times all had prophets. These prophets often operated at the behest and desire of the king of the nation. This is clearly seen in the person of Balaam, his story is found in Numbers 22 -24. Read what the king of Moab requested of Balaam because of his fear of the Israelites.

4          And Moab said unto the elders of Midian, Now shall this company lick up all that are round about us, as the ox licketh up the grass of the field. And Balak the son of Zippor was king of the Moabites at that time.

5          He sent messengers therefore unto Balaam the son of Beor to Pethor, which is by the river of the land of the children of his people, to call him, saying, Behold, there is a people come out from Egypt: behold, they cover the face of the earth, and they abide over against me:

6          Come now therefore, I pray thee, curse me this people; for they are too mighty for me: peradventure I shall prevail, that we may smite them, and that I may drive them out of the land: for I wot that he whom thou blessest is blessed, and he whom thou cursest is cursed.

Balak called upon Balaam to curse the Israelites of whom he and his people were terrified. Balaam, like other prophets of the nations, was a prophet for hire. “And the elders of Moab and the elders of Midian departed with the rewards of divination in their hand; and they came unto Balaam, and spake unto him the words of Balak,” Numbers 22:7. The main difference with Balaam is that he was not a false prophet in the account of Numbers 22-24, as he actually spoke prophecies from Jehovah, even though he was an evil prophet.

The prophets of Jehovah were primarily proclaimers as well as predictors. There are no less than two basic requirements in the predictive realm of a prophet’s ministry.

1   If there arise among you a prophet, or a dreamer of dreams, and giveth thee a sign or a wonder,

2   And the sign or the wonder come to pass, whereof he spake unto thee, saying, Let us go after other    gods, which thou hast not known, and let us serve them;

Don’t underestimate Satan’s ability to mimic God. His prophets can make prophecies which Satan then will manipulate events so that they come to pass.

PROPHETS BEFORE THE TIME OF THE NATION OF ISRAEL

Prophets, as God’s spokesmen, predated the arrival of the nation of Israel. God has always had His messengers to the world. Consider some verses from Scripture.

“As he spake by the mouth of his holy prophets, which have been since the world began,” Luke 1:70

“Whom the heaven must receive until the times of restitution of all things, which God hath spoken by the mouth of all his holy prophets since the world began,” Acts 3:21.

God provided prophets from the beginning of the world. He would not let the world exist without a messenger from Him. Enoch prophesied, Abraham was called a prophet, and Aaron was Moses spokesman (prophet) showing the existence of prophets before the birth of the nation of Israel.

“And Enoch also, the seventh from Adam, prophesied of these, saying, Behold, the Lord cometh with ten thousands of his saints,” Jude 14.

“Now therefore restore the man his wife; for he is a prophet, and he shall pray for thee, and thou shalt live: and if thou restore her not, know thou that thou shalt surely die, thou, and all that are thine,” Genesis 20:7.

“And the LORD said unto Moses, See, I have made thee a god to Pharaoh: and Aaron thy brother shall be thy prophet,” Exodus 7:1.

William Beecher comments, “the words ‘prophet’ and ‘prophesy’ are applied not less than twenty-four times, in the Old Testament, to the period before the death of Eli.” Eli died in 1067 B.C.1

PROPHETS TO THE NATION OF ISRAEL

Many accept Samuel as the first prophet sent to the nation of Israel. Samuel was the last of the judges, and in this understanding, the first of God’s prophets to Israel.

“And all Israel from Dan even to Beersheba knew that Samuel was established to be a prophet of the LORD. And the LORD appeared again in Shiloh: for the LORD revealed himself to Samuel in Shiloh by the word of the LORD,” 1 Samuel 3:20-21.

Eugene Merrill states, “The prophetic movement began with Samuel…”2 Samuel instituted a “school of prophets.” In 1 Samuel 19:20 we read of this “company of prophets” with Samuel as their leader. “And Saul sent messengers to take David: and when they saw the company of the prophets prophesying, and Samuel standing as appointed over them, the Spirit of God was upon the messengers of Saul, and they also prophesied.”

“Groups of the sons of the prophets existed at Bethel, Jericho, Gilgal (2 Kings 2:3, 5; 4:38), and presumably at other places. We are accustomed to call them the ‘schools of, the prophets,’ but this term is not biblical.”3

These groups were established to raise up godly young men in the nation of Israel. There were groups established throughout Israel during the ministries of Samuel, Elijah, and Elisha. The curriculum for the “sons of the prophets” surely included instruction in the Mosaic Law, (Leviticus 10:11), and, interestingly, musical ability. When Samuel anointed Saul as king of Israel we read “After that thou shalt come to the hill of God, where is the garrison of the Philistines: and it shall come to pass, when thou art come thither to the city, that thou shalt meet a company of prophets coming down from the high place with a psaltery, and a tabret, and a pipe, and a harp, before them; and they shall prophesy,” 1 Samuel 10:5. The “company of prophets” were trained musicians. When the Spirit of God came upon Saul, he received “another heart” (was saved), 1 Samuel 10:9, and prophesied like the company of prophets. Thus, the saying, “Is Saul also among the prophets?” 1 Samuel 10:12.

Not all prophets wrote books of the Bible. Nor, most likely, did all the prophets foretell the future. What all the prophets certainly did, in obedience to their calling, was to encourage, bless, rebuke and judge their fellow citizens to a godly lifestyle.

One of the most important of the Messianic prophecies found in the Pentateuch is that of Deuteronomy 18.

15        The LORD thy God will raise up unto thee a Prophet from the midst of thee, of thy brethren, like unto me; unto him ye shall hearken;

16        According to all that thou desiredst of the LORD thy God in Horeb in the day of the assembly, saying, Let me not hear again the voice of the LORD my God, neither let me see this great fire any more, that I die not.

17        And the LORD said unto me, They have well spoken that which they have spoken.

18        I will raise them up a Prophet from among their brethren, like unto thee, and will put my words in his mouth; and he shall speak unto them all that I shall command him.

19        And it shall come to pass, that whosoever will not hearken unto my words which he shall speak in my name, I will require it of him.

Moses was a prophet of God prior to the establishment of the nation of Israel. This great lawgiver/prophet foretold of a “prophet like unto me.” God would raise up for Israel a prophet that the people of Israel would be required to listen to and obey as he will speak God’s word(s).

The New Testament identifies Jesus as the Prophet like Moses. In the Gospel of John, upon seeing the miracle of Jesus in feeding 5,000 men (plus many additional women and children) with 5 loaves of bread and two small fishes:

AThen those men, when they had seen the miracle that Jesus did, said, This is of a truth THAT PROPHET that should come into the world,@ John 6:14.

In the book of Acts, Peter identified the Prophet as Jesus and Stephen did as well in his sermon in Acts 7.

“For Moses truly said unto the fathers, A prophet shall the Lord your God raise up unto you of your brethren, like unto me; him shall ye hear in all things whatsoever he shall say unto you,” Acts 3:22.

“This is that Moses, which said unto the children of Israel, A prophet shall the Lord your God raise up unto you of your brethren, like unto me; him shall ye hear,” Acts 7:37.

In the first chapter of the book of Hebrews, verses one and two, we are told:

“God, who at sundry times and in divers manners spake in time past unto the fathers by the prophets,

Hath in these last days spoken unto us by his Son….”

The Son, Jesus (Hebrews 2:9), is the final and authoritative voice from God. Jesus is THE prophet. The one Moses spoke of and said we must listen to.

Jesus commanded us to: “Search the scriptures; for in them ye think ye have eternal life: and they are they which testify of me,” John 5:39. He also stated: “I am the way, the truth, and the life: no man cometh unto the Father, but by me,” John 14:6.

Will you search the Scriptures as commanded? Will you come to God through Messiah Jesus? In John 5:46-47 Jesus makes a salient point:

“For had ye believed Moses, ye would have believed me: for he wrote of me. But if ye believe not his writings, how shall ye believe my words?”

Jesus, Israel’s Messiah and the Savior of the world, is God’s final and authoritative spokesman. Moses and the prophets foretold of THE Prophet, Jesus. To reject Him is to reject the God of Israel, the Creator of heaven and earth. To accept Him is forgiveness of sin and life everlasting.