Old Testament & New Testament: What Should We Understand about the Bible? 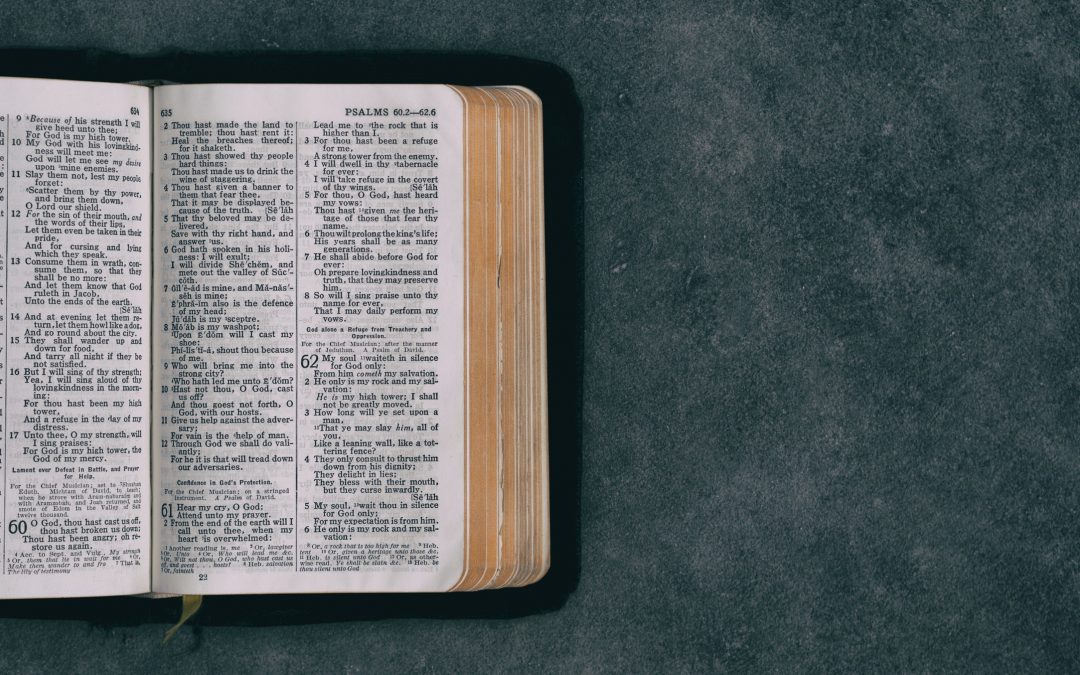 As the preacher approached the pulpit, he placed his Bible on the platform, looked at the congregants in front of him, and said, “Open your Bibles to the Old Testament.” The next Sunday might be the same procedure with the difference being, “Open your Bibles to the New Testament.” It matters not what book would be the focus of the message. The question I want to pose to the reader is, “Is this the biblical usage of the terms Old Testament and New Testament?”

It seems the first recorded time this kind of designation (Old Testament and New Testament) was used was by Melito of Sardis in the late second century.1
One writer who believes the division is not only proper, but biblical, says, “Yet they [those who date the beginning of this usage from Melito of Sardis] fail to observe the obvious fact that in several books, they are called just that: Luke 22:20; 1 Corinthians 11:25; 2 Corinthians 3:6; Hebrews 8:6-13; 9:1-4, 15. So instead of admitting that the earliest Christians MUST have referred to their collection of books as the New Testament as the Bible itself documents, they ignore this and base their opinions strictly on extant historical information.”
The writer could have also referenced the use of “old testament” in 2 Corinthians 3:14.

Is the Writer Correct in His Assertion?

The best way to determine whether the above writer is correct or not is to look at all the uses of Old Testament or New Testament and how it is used in the Bible and identify what these terms are speaking of.2
The seminal understanding of the New Covenant is found in Jeremiah 31:31-34, though there may be as many as 17 other references to the “New” Covenant found in Genesis to Malachi.3 Consider this amazing promise of the New Covenant.

Certainly, much can be said, and has been said, about these verses. What is germane to our consideration is that the “new covenant” promised in verse 31 is explained in verses 33 and 34. What the “new covenant” is not, is a book. Rather, it is a relationship that God enters into with individuals (in this passage individuals that make up the entire house of Israel). In the same way, the “covenant” God made with their fathers is, again, not a book, but the relationship God made with the entire nation of Israel – the Mosaic Law or “Old Testament.” But, the “Old” Covenant Jeremiah is speaking about is not Genesis to Malachi.
Here is how covenant is used when it speaks of either the “Old” or the “New” Covenant. It is called the “First Covenant” in Hebrews 8:7; 9:1. “New Covenant” is used in Hebrews 8:8, 13; 12:24. “Old Testament” is used in 2 Corinthians 3:14 and “New Testament” is used in Matthew 26:28; Mark 14:24; Luke 22:20, 1 Corinthians 11:25, 2 Corinthians 3:6, Hebrews 9:15.
Thirteen additional times the word “covenant” alone is used speaking of either the “Old” or “New” Covenant; the Abrahamic Covenant; the covenant of circumcision; a man’s covenant; the everlasting covenant; the tables (stones the 10 commandments were on) of the covenant; and the Ark of the Covenant. 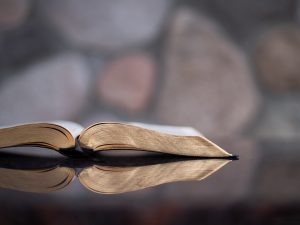 What does “Old” Testament Refer To?

The term “old testament” is used only one time in the entire word of God. This is found in 2 Corinthians 3:14. On the surface, it is easy for someone to conclude that this verse is speaking of Genesis to Malachi – the book Christians refer to as the Old Testament.

“But their minds were blinded: for until this day remaineth the same vail untaken away in the reading of the old testament; which vail is done away in Christ.”

What does “New” Testament Refer To?

Let’s consider how the term “new testament” or “new covenant” is used in the Bible. There are four passages that speak of the same event – Matthew 26:28; Mark 14:24; Luke 22:20; and 1 Corinthians 11:25 – and all use the term “new testament.” We will consider the account in 1 Corinthians 11 which reads identically to the Luke account when it says, “This cup is the new testament in my blood,” and is not much different from the Matthew and Mark account, when they say,

“For this is my blood of the new testament.”
“After the same manner also he took the cup, when he had supped, saying, This cup is the new testament in my blood: this do ye, as oft as ye drink it, in remembrance of me.”

These verses are not a reference to the book, Matthew through Revelation, but stating that the blood, which is in the cup, represents the establishment of the “new testament,” the relationship God has with individuals, which will be established by Jesus’ death.
In the same way, 2 Corinthians 3:6, the “new testament” is not speaking of Matthew to Revelation, but of the relationship individuals can have with God through Messiah.

“Who also hath made us able ministers of the new testament; not of the letter, but of the spirit: for the letter killeth, but the spirit giveth life.”

In Hebrews 8:6 the term “better covenant” is used speaking of the “new covenant or testament.” The term “new testament” is used in Hebrews 9:15. But, and this is important, neither of these terms speak of Matthew to Revelation. The “new testament” or “new covenant” is the relationship God has with individuals though the blood of Jesus and His death, burial and resurrection. A reading of the entire ninth chapter of Hebrews makes this abundantly clear.

8:6 “But now hath he obtained a more excellent ministry, by how much also he is the mediator of a better covenant, which was established upon better promises.”
9:15 “And for this cause he is the mediator of the new testament, that by means of death, for the redemption of the transgressions that were under the first testament, they which are called might receive the promise of eternal inheritance.”

What term should we use to refer to the Bible?

Perhaps the best term is the overwhelmingly prevalent term that is used in the Bible – scripture. There are no less than 53 verses where either scripture or scriptures is used. One of the most well-known verses is 2 Timothy 3:15-16.

“And that from a child thou hast known the holy scriptures, which are able to make thee wise unto salvation through faith which is in Christ Jesus. All scripture is given by inspiration of God, and is profitable for doctrine, for reproof, for correction, for instruction in righteousness:”

Scripture is never referred to as the Bible, in the Bible, although there is nothing wrong with the term Bible as it just means “book.” The term “Bible” has become an accepted word for the sacred writing of Christians (the misnamed Old and New Covenant) and Jews (the misnamed Old Covenant).
Is it correct to refer to the “Old Testament” as the “Jewish Bible?”
“Jewish Bible” is certainly better than “Old Testament,” but it is not entirely correct as the “New Testament” is also the “Jewish Bible,” Romans 3:1-2. When talking with a Jewish person, who rejects the canon of the “New Testament,” this usage is acceptable.
Perhaps the best terminology for the “Jewish Bible” is not “Old Testament,” “Hebrew Bible,” etc., but Tenach.
TeNaCH is an acronym for the Scripture used by Jesus and the apostles.

“And he said unto them, These are the words which I spake unto you, while I was yet with you, that all things must be fulfilled, which were written in the law of Moses, and in the prophets, and in the psalms, concerning me.” Luke 24:44

Both the Jewish and the Christian world understand the scriptures, the Bible, through tinted glasses. The Jewish world embraces the Tenach as their Bible, the Jewish Bible, comprising the three sections of the Law, the Prophets, and the Writings. This was the Bible that Jesus, the apostles, and the first church, made up of primarily Jewish believers, used. Scripture such as Luke 24:44-45, among others, establishes this understanding. The Jewish world calls the New Testament the Christian Bible.

The Bible itself always uses the Old Testament or Old Covenant as referring to the Mosaic Covenant. These terms, used biblically, are the relationship God had with the nation of Israel – the Mosaic Covenant. To a Jewish person who doesn’t believe in Jesus as Messiah the Mosaic Covenant is not old. It is still operative today in the understanding of this Jewish person. This is a term used by the Christian world for the books of the Bible from Genesis through Malachi. And, it is wrong!!! It is an unbiblical use of these biblical terms.

The same is true when Christians refer to the books from Matthew to Revelation as the New Testament. This is erroneous as well. The New Testament or New Covenant is not a book. The New Covenant is the relationship God has with individuals. The Jewish prophet Jeremiah spoke of these two terms in Jeremiah 31:31-34. This passage in Jeremiah says that the law will be written in people’s hearts and I, God, “will be their God, and they shall be my people.” This is a time when the entire nation embraces their Messiah and the personal relationship with God that comes through the miraculous change when God transforms the heart. It mirrors what happened with the giving of the Mosaic Covenant at Mt. Sinai when the entire nation as one said to Moses,

The major difference was the “Old Covenant” was external whereas the “New Covenant” is internal.
Both terms speak of relationship. Biblically, they never are used to speak of books, or two parts of the Bible. We have one scripture or Bible. It has 66 books and starts with the book of Genesis and concludes with the book of Revelation.