MESSIAH AS OUR PASSOVER LAMB 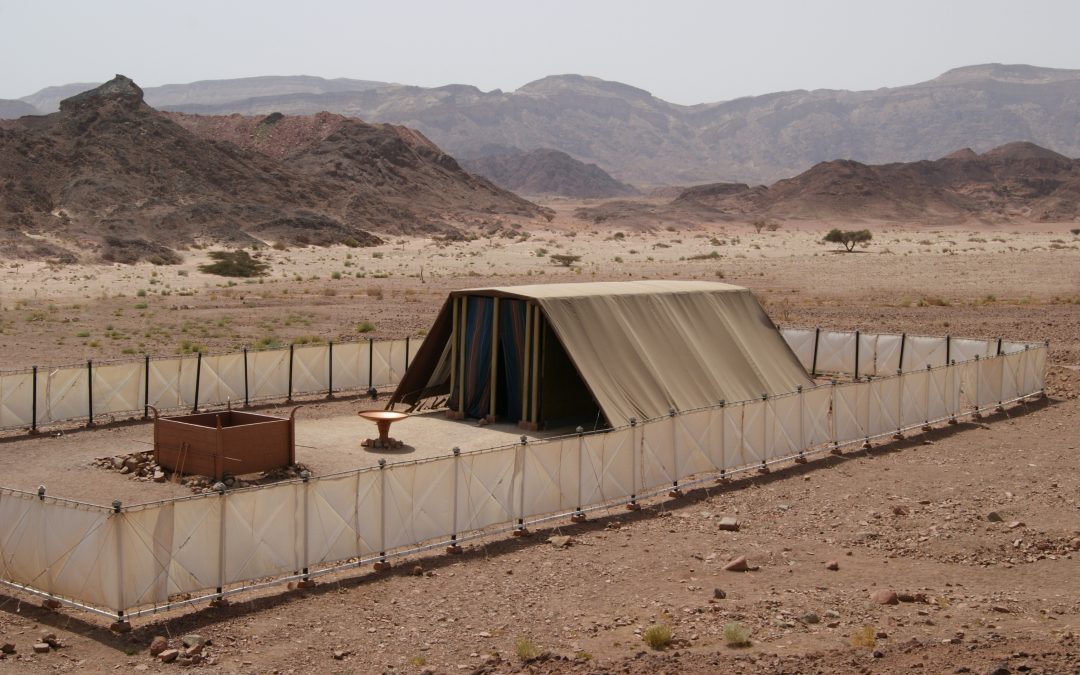 The freshly plucked hyssop branch became heavy, as it soaked up the thick blood from the clay basin. Smelling the pungent copper-like stench of so much blood was difficult to avoid. The air was filled with the cries of children who had just lost of their newest friend, the lamb. He was spotless, young, from the flock, and kept for a short time before his death. His blood – still warm, was dripping down the front of their homes. The children of Israel had been under Egyptian slavery for over four centuries. The God of their fathers was bringing them out of Egypt with a mighty hand. If they hadn’t seen such amazing miracles with their own eyes, it would have been hard to believe what was going to happen that night. They had seen the Nile river turn into blood, smelled the piles of rotting frogs, and heard the swarms of flies and locusts fly overhead. They witnessed the thick darkness that enveloped the entire land of Egypt for three days, while all of the Hebrews had light. The I AM hadn’t failed them yet. They would trust Him with their lives tonight. It was going to take something much more terrible for that Pharaoh to let them go. Little did they realize that all they were going through was going to vividly picture a much greater future deliverance.

The Lamb was Spotless

In Exodus 12:5, we read “Your lamb shall be without blemish.” This lamb was to have zero imperfections. He could not have any disfigurement, sickness, or injury. This lamb would serve as an example for all future sacrificial lambs in the yet ungiven Levitical system. Anything less would be an unacceptable sacrifice in the eyes of the LORD.

The lamb that was to be chosen and sacrificed to save the firstborn that night was in many ways a pattern for the coming Messiah who would be made “an offering for sin”, and is compared to a lamb being brought to the slaughter who had done no wickedness in Isaiah 53:7,8-10. In Hebrews 9:14 we are told that Jesus offered Himself “without spot” to God. In Hebrews 4:15 it is proclaimed that Jesus was tempted in all of the ways that we are, yet was wholly without sin. Jesus the Messiah was truly our spotless sacrificial lamb. We are told in 1 Peter 1:19 that “Forasmuch as ye know that ye were not redeemed with corruptible things, as silver and gold, from your vain conversation received by tradition from your fathers; But with the precious blood of Christ, as of a lamb without blemish and without spot.”

The Lamb was Young

We also see in Exodus 12:5 that the lamb would need to be a “a male of the first year”. This lamb could not be two years old. It couldn’t be a fully grown sheep, that would soon die of natural causes. It had to be a young, male lamb.

Jesus Himself began His earthly ministry at age 30.[1] At the time of my writing this article, I am almost exactly 331/2 years old. Based upon the number of Passovers mentioned during the earthly ministry of Jesus, we can gather that this is roughly the age He was when He  died on the cross for you, and for me. I am still looked at by many as a “young man.” It is strange to me, to be this age – as I always viewed Jesus as being much older when he died, was buried, and rose again. His sacrifice was not only spotless, but at an age in which normal men are in their prime.

The Lamb was From the Flock

He was to be taken “from the sheep or from the goats.” This lamb was a “local lamb.” He was one that was likely often seen and cared for by various residents of Goshen. He was not from a far country, imported for the purpose of sacrifice. He was one born and raised within the Israelite community.

My good friend, and co-laborer Moshe Gold, well summarizes how this concept relates to Jesus.

Just as the Passover lamb was taken from the flock (Exodus 12:5), the Messiah would come from the congregation of Israel (Deuteronomy 18:18-19; Isa 49:6). More specifically, He would be born in Bethlehem, Ephrata, (Micah 5:2), from the house of King David (II Samuel 7:12-16; Isaiah 9:6-7), after the completion of, but before the destruction of, the second Temple (Daniel 9:24-26). As the lamb was a male in order to be the suitable sacrifice to redeem the first-born from death, so the Messiah would be an Israelite in order to identify with his own people in death and to take the penalty for their sin upon himself (Isaiah 53:4-6). Furthermore, as a man he would represent all of mankind in this sacrifice (Isaiah 52:15).[2]

The Lamb was Kept for a Short Time

These Jewish homes in Goshen were multi-generational family dwellings, full of parents, grandparents, and children. It was not normal for these homes to house a lamb – and yet, that is exactly what happened for the four days leading up to the Passover. Each family was to take a lamb (with the previously stated specification) into their house on the 10th of Nisan.[3] Can you imagine the excitement of the children in these homes? I had a Bible teacher in college who said that maybe they gave the lamb a name. This was a very unique time. Four days. It would be just long enough to get used having this cute little animal in their house… then they would kill it. They would have to cover the door frame of their house with it’s blood.

As mentioned previously, Jesus began presenting Himself as the Messiah only 31/2 years before His death. It was in the midst of the Feast of Tabernacles that Jesus went into the Temple, and said to the crowds of Jewish people, “Yet a little while am I with you, and then I go unto him that sent me.”[4]

Jesus was here on the earth just long enough for the house of Israel to get to know Him (although many refused to believe who Jesus really was). John, speaking of Jesus, wrote “And we beheld His glory…”[5] and “…which we have heard, which we have seen with our eyes, which we have looked upon, and our hands have handled…”[6]

We get a sense that Messiah, the only begotten Son of God was here, with us. We heard Him, saw Him, and touched Him… and now, He is gone to be with the Father. There is a feeling of the temporary nature of Jesus earthly ministry. His disciples who loved Him so dearly most assuredly must have felt as though they were just getting to know Jesus when He said that His time had come. We see this clearly in Peter’s response to Jesus, refusing to believe that Jesus was going to die.[7]

The Lamb is the Passover

This was the LORD’s provision to save those that would trust Him, from the very last plague. The Passover night would deal a devastating blow to all of the land of Egypt. It was not just the male children that would be threatened by this plague – but all  firstborn in the entire land: both man and beast, male and female, captive and king. The only way that the firstborn would live through the night, would be if the lamb’s blood was on their doorpost. As mentioned previously, these were multi-generational homes. If my parents and I, and my family were all dwelling together, my dad, myself, and my son would all be in danger of losing our lives that night. Speaking of the lamb in Exodus 12:11, we are told the “It is the LORD’s Passover.”

The lamb would not bring deliverance from the plague, but the lamb itself  would be the deliverance. The lamb itself would be the salvation of the firstborn. This mirrors the actual name of Jesus – עושי (Yeshua) which means “Salvation.” He is our Salvation! He is our Deliverance, our Redemption, and our Hope! As 1 Corinthians 5:7 says, He is our Passover! In this sense, John the Baptist cried out “Behold the Lamb of God, which taketh away the sin of the world!”[8]

Jesus is referred to as the Lamb 27 times in the book of Revelation. This is undoubtedly one of the ways that He will be referred to throughout eternity!  He is “the Lamb slain from the foundation of the world!”[9]

“This is My Blood”

It would be the last earthly Passover of Jesus the Messiah. His disciples would have no doubt performed the “Bedikat Chametz”, or removal of the leaven  in preparation of  the upper room. The Messiah blessed the first two cups of Passover wine, the Cup of Sanctification and the Cup of Deliverance, and all drank. This “fruit of the vine” had one requirement – it had to be red, symbolizing the blood of the Paschal lamb. They were now partaking of the Passover meal.

Jesus took the unleavened bread, blessed it,  and broke it. He gave it to all, proclaiming that it symbolized His body, which would be broken for them on a cross. He would be their sacrifice.

Then He took the third cup, the cup that comes after the meal – the Cup of Redemption. Remember that this juice symbolized the blood of the lamb – the blood that was smeared on the Hebrews’ doorposts. Jesus the Messiah blesses it, and makes a bold proclamation, “This is my blood of the New Testament which is shed for many for the remission of sins.”[10]

Just as the lamb was to be kept whole, not a bone in Jesus’ body was broken! His blood will cover and save all who trust in Him by faith!

Are you like a Hebrew who was confronted by Moses with the way of salvation, and yet you are skeptical about it? Imagine what would happen if on that first Passover night, a Hebrew neglected to place the lamb’s blood on his doorposts. Maybe he figured being a Hebrew was good enough. Maybe he didn’t want to admit that he needed God to deliver him from the last plague. Please don’t play games with God! He loves you, and sent His Son to die in your place – as your Passover Lamb! Why would God have ever done such a thing if there was no other way to redeem us? Don’t put off having your “doorposts” covered! Just as that lamb died to save those within the household, Jesus the Messiah died to save you from the eternal wrath of God upon your sin! Trust in what He has done for you today!