Is Jesus Really God: A Rebuttal to Islamic Teaching 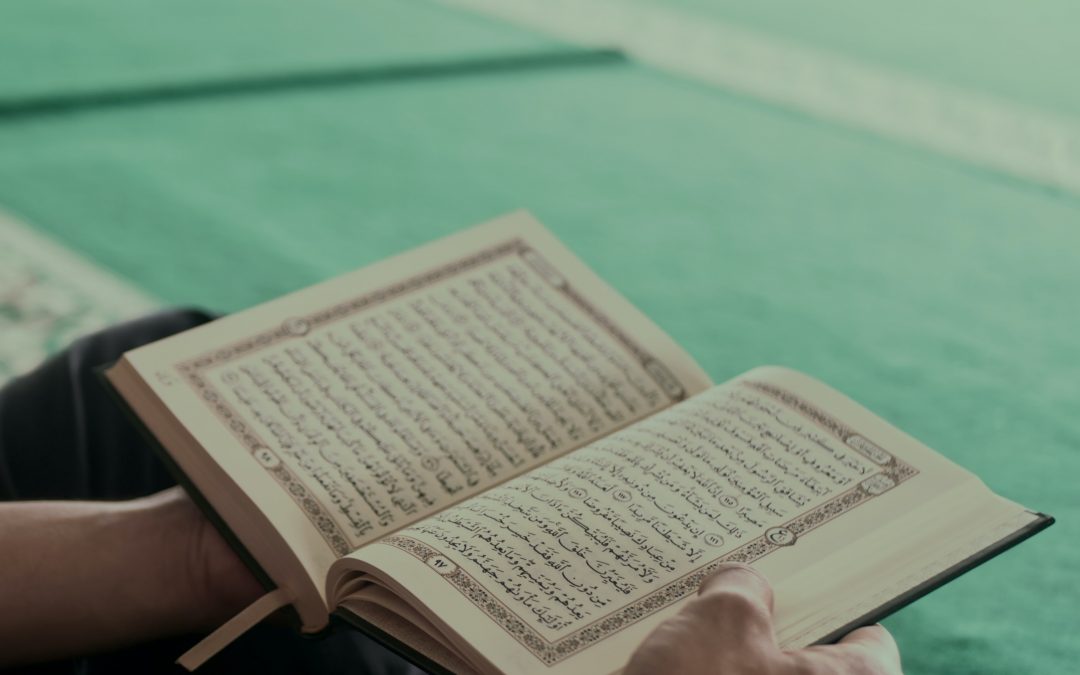 My literature ministry at San Diego State University brings me into contact with
not only Jewish students but also students from many diverse backgrounds.
Usually there are up to a dozen or so literature tables offering different things to
the inquiring student. Because of the lateness of the hour this particular day only
two tables remained; my ministry, primarily focused to the Jewish people, and the
table representing Islam.

I decided to visit with the two young Muslim ladies “manning” the Islamic table
and speak to them about Jesus. For 45 minutes we talked. One of the pieces of
literature they had was a pamphlet entitled Is Jesus Really God? This tract is
produced by the Institute of Islamic Information and Education (I.I.I.E.) and
purports to be a look at the subject using the Bible.
I found it interesting that Islam would attempt to use the Bible to deny the deity
of Jesus. As I read the pamphlet it became apparent that the writer didn’t
understand the Christian position about the deity of Jesus; it was filled with
misunderstandings of the biblical teaching of Jesus and the Tri-unity of God
(Trinity).
The following five points were raised in their pamphlet as proof that Jesus is not
God. However, each of these points ignored the full biblical revelation on the
subject and thus their tract is built on a strawman. As I refute their erroneous
statements, all the biblical quotes that are in bold type emphasize the correct
biblical teaching.

1. God is all knowing….Jesus was not

Quoting Mark 13:32 and Matthew 24:36 the Institute of Islamic Information
jumps to the erroneous conclusion based on these two verses that Jesus is not all
knowing (omniscient). The problem is their refusal to understand the humanity as
well as the deity of Jesus. William Hendricksen captures the thought of the biblical
truth in the following comments.
“We are confronted with a mystery here; the secret of the interaction between
Christ’s human nature and divine nature. According to His divine nature Jesus was
—and is—omniscient. That even during the days of Christ’s humiliation this divine
nature at times communicated its knowledge to the human nature is clear from
such passages as Matt. 17:27; Mark 9:33,34; John 1:47,48;2:25. That this did not
always happen appears not only from the present passage (Matt. 21:19) but also
from 24:36 (Mark 13:32).”1
Jesus had “emptied himself”—made himself of no reputation—(KJV) meaning
that He put aside, when He became man, the independent exercise of His divine
attributes. The statement by Jesus in Mark 13:32 “but of that day and that hour
knoweth no man…neither the Son, but the Father” is consistent with the teaching
of the incarnation and Phil. 2:5-8 and in no way contradicts the omniscience of
Jesus as God.

2. God is all powerful…Jesus was not

The misuse of John 5:19 that Jesus “can do nothing of himself, but what he
seeth the Father do” and John 5:30, “Again he said, ‘I can of mine own self do
nothing” is again symptomatic of the misunderstanding of the incarnation and the
role and purpose of Jesus while He was on earth.
In John 5: 18 some of the Jewish leaders clearly understood that Jesus was
claiming to be God. “Therefore the Jews sought the more to kill him, because he
not only had broken the sabbath, but said also that God was his Father,
making himself equal with God.” In verse 19 when Jesus says he “can do
nothing of himself, but what he seeth the Father do” He is not implying that He is
not all powerful or that He is not God, but in actuality His statement is a claim
that He is God and is equal with the Father. Homer Kent, Jr. comments: “He first
asserted an equality of action between himself as the divine Son and the Father in
heaven (5:19-22). He made it clear that His claim of equality (5:17-18) did not in
any sense imply rivalry or independent action. On the contrary, because the Son
and the Father share the same nature, they share also the same purposes. By His
very nature as holy God, the Son is unable to act in contradiction to His Father.”2

3. God does not have a God…but Jesus did have a God

The misunderstanding of the Tri-unity of God and the role and purpose of the
incarnation by Islam has resulted in the misunderstanding of Jesus’ statement of
John 20:17, “…I ascend unto my Father, and your Father; and to my God, and
your God” and the prayer of Matthew 27:46, “…My God, my God, why hast thou
forsaken me?” The statement of the Islamic tract “Was Jesus praying to himself?”
(referring to Matt. 26:36-39) also shows a fundamental misunderstanding about
the Trinity.
The Bible is replete with passages that compel us to understand God as a Triune
God. The Scriptures have scores of passages that contribute to this understanding.
One can hold to this Islamic position only out of ignorance of the biblical teaching
on the Tri-unity of God. For a more detailed study on this subject please write
Shalom Outreach Ministries and request the tract One God or Three? which
addresses this question and answers it exclusively from the Old Testament.

4. According to the Bible, God is an invisible spirit…but Jesus was flesh
and blood

I.I.I.E.’s use of John 1:18; 4:24; and 5:37 in point #4 shows the same ignorance
of the teaching of the Bible. The writer of this pamphlet ignores or is ignorant of
scores of verses that give understanding and balance to these misused verses.
Yes, God is Spirit, but the Bible teaches that at a point of time in history God
would become a man to die for the sins of the world (Micah 5:2; 1 Timothy
3:16).
“But thou, Bethlehem Ephratah, though thou be little among the thousands of
Judah, yet out of thee shall he come forth unto me that is to be ruler in Israel;
whose goings forth have been from of old, from everlasting.” Micah 5:2
“And without controversy great is the mystery of godliness: God was manifest
in the flesh, justified in the Spirit, seen of angels, preached unto the Gentiles,
believed on in the world, received up into glory.” 1 Tim. 3:16
Only God is from everlasting. Micah 5:2 tells us that this one born in Bethlehem
is from eternity past—God. The biblical teaching is that God, who is spirit, would
become man, or as 1 Timothy 3: 16 says, “God was manifest in the flesh.”

5. No one is greater than God and no one can direct Him…but Jesus
acknowledged someone greater than himself whose will was distinct from
his own

The Is Jesus Really God? pamphlet says “perhaps the clearest indication we have
that Jesus and God are not equal, and therefore not one and the same, come from
the mouth of Jesus himself who said in John 14:28, ‘My Father is greater than I.’”
Does this verse support the Muslim teaching that Jesus is not God? Absolutely not!
Again, in His humanity Jesus was in submission to the Father. He perfectly
carried out the will of His Father. There is no contradiction here to the truth that
Jesus is God. This is a classic case of misunderstanding the two natures of Jesus,
the Trinity, and the deity of Jesus. The Jews of His time clearly understood that He
made the claim of being God (equal to the Father).
“I and my Father are one. Then the Jews took up stones again to stone him.
Jesus answered them, Many good works have I shewed you from the Father; for
which of these works do you stone me? The Jews answered him, saying, For a
good work we stone thee not; but for blasphemy; and because that thou,
being a man, makest thyself God.” John 10:30-33.
Robert Morey helps us to understand Jesus’ statement “The Father is greater
than I.” “When the Trinity is at work accomplishing something, the Three Persons
divide up the roles and responsibilities. This is where subordination comes in. The
Son and the Spirit are subordinate to the Father when they function together to
bring about salvation. The Father is the Sender and the Son and the Spirit are the
Ones Sent to do His will on earth.
“Subordination, in the context of the economical Trinity [The ‘Economical’ Trinity
describes the Father, Son, and the Holy Spirit as functioning together as a team to
accomplish some task such as Creation or Providence3], does not pose any
difficulty whatsoever for the Trinitarian. The Father is ‘greater’ than the Son by
virtue of His office of being the Sender and Jesus the Sent (John 14:28). That the
Father is greater in rank does not logically imply that He is better in nature.”4

This pamphlet from The Institute of Islamic Information and Education not only
does not prove from the Bible that Jesus isn’t God but is a great illustration of how
one can make a case for anything one desires by selectively quoting verses. An
honest analysis of this subject, or any other for that matter, is to look at all the
texts touching on this topic and coming to an understanding from them. This
pamphlet has completely failed in this regard. A Muslim might reject Jesus as God
but it won’t be from a fair and honest look at the entire teaching on Jesus from the
Bible. The Bible teaches that Jesus is God who became a man to die for the sins
not only of all Muslims but also for all people of the world so all can have eternal
life (John 3:16).
Please do pray for these two young Muslim woman at San Diego State.