Evidences for the Resurrection 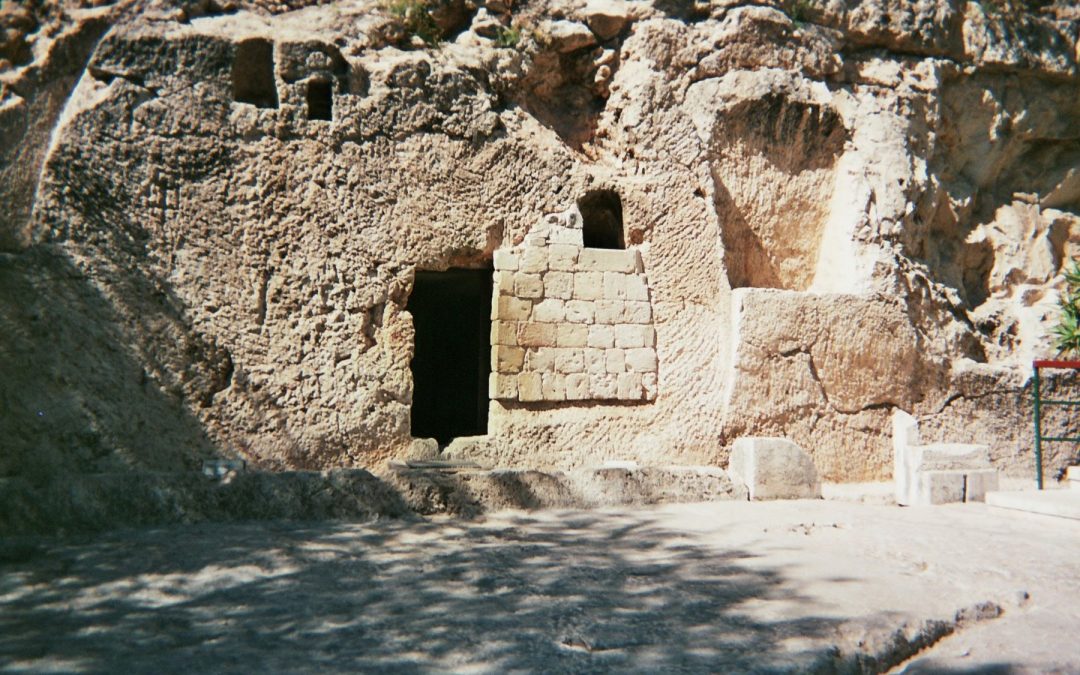 There are scores of world religions, each one with its own claim of supremacy. All of these have some formula for forgiveness, peace, and ultimate deliverance from death. With this in mind, it is interesting to note that biblical Christianity is the only religion that makes its claim of validity upon the resurrection of its founder.1 It is of the utmost importance that we not only understand the necessity of Jesus’ resurrection, but also the numerous evidences which substantiate its legitimacy.

One such prophecy is found in Isaiah 53:8-10. It becomes very obvious by the phrase “…he was cut off from the land of the living”, that the Messiah would die. With that fact in mind, the prophet proclaims that the Messiah would, after being dead, physically see many who had trusted in Him as Savior. Isaiah then tells us that He (JEHOVAH) would lengthen His (the Messiah’s) time on the earth after his death occurred. Neither of these scenarios is possible without the Messiah’s resurrection.

Paul preaches a message to a multitude of Jews in Acts chapter 13. He mentions Psalm 16:10, a psalm of David, and unflinchingly applies it to Jesus. Peter does the same in Acts 2:

“For David speaketh concerning him… thou wilt not leave my soul in hell, neither wilt thou suffer thine Holy One to see corruption… He seeing this before spake of the resurrection of Christ, that his soul was not left in hell, neither his flesh did see corruption. This Jesus hath God raised up, whereof we all are witnesses.” Acts 2:25, 27, 31-32

There are also many occasions in the Gospel accounts where Jesus himself prophesied His own death, burial, and resurrection. In Mark 9:31, we see a prime example where Jesus expounded upon His foreknowledge of His resurrection.

“For he taught his disciples, and said unto them, The Son of man is delivered into the hands of men, and they shall kill him; and after that he is killed, he shall rise the third day.” Mark 9:31

In 1 Corinthians 15, the Apostle Paul penned what has been deemed “The Magna Carta of the Resurrection.”2 He explains that all would be worthless without the resurrection of Jesus.

Without the resurrection, we would have no indication from God that the sacrifice of His only begotten Son was accepted and all that He claimed to be would be practically disproved. Hence, the statement even their preaching would be vain. All of this suddenly becomes very personal when we realize that if Jesus didn’t rise from the dead, His payment for our sins would not have been complete, and we would be condemned to pay for our own sins. Those who died professing Messiah would have perished, and we who are alive would be without hope. But Paul doesn’t end there.

“But now is Christ risen from the dead, and become the firstfruits of them that slept.” 1 Corinthians 15:20

Not only are all of those terrible possibilities abolished, but Jesus’ resurrection was also proof that we will one day experience a bodily resurrection and receive glorified bodies.

1. The Security of Jesus’ Tomb

“ Now the next day, that followed the day of the preparation, the chief priests and Pharisees came together unto Pilate, Saying, Sir, we remember that that deceiver said, while he was yet alive, After three days I will rise again. Command therefore that the sepulchre be made sure until the third day, lest his disciples come by night, and steal him away, and say unto the people, He is risen from the dead: so the last error shall be worse than the first. Pilate said unto them, Ye have a watch: go your way, make it as sure as ye can. So they went, and made the sepulchre sure, sealing the stone, and setting a watch.”

A Roman guard could range anywhere in size from four to sixteen men.3 In the event that sixteen would be present in overnight watch, each quaternion would rotate the watch about every three hours (Acts 12:4). At least four soldiers were awake at all times.4 Four stood guard while the other twelve slept in a semi-circle with their heads pointed inward.5 Each soldier was armed with a six-foot pike, a sword, and a dagger.6 The Roman armies conquered the known world, partly due to their extreme discipline. The demands upon a soldier were rigorous, and if he failed to meet them, he would receive no pity. Failure in guard duty was an offense punishable by death, which has been a capital offense even in modern armies.7

The entrance to the tomb was sealed by a stone hewn in the shape of a wheel.8 The stone was a far greater barricade than any ordinary door. Covering an entrance 4½ to 5 feet high, it would have weighed 1½ to 2 tons.9 Many scholars affirm that it rested in a trench.10 As many as ten men would be required to move it if this is true. Thus, it is hugely ridiculous to reason that the disciples stole Jesus body while the soldiers guarding His tomb slept peacefully.

We read in Matthew 28:11-15 that after the resurrection, the soldiers who kept watch were paid by the chief priests to propagate a story of Christ’s disciples stealing the body. If this were actually true, the soldiers would have undoubtedly been executed.

2. The Problem of the Grave Clothes

According to the customs of the New Testament era, we can conservatively estimate that Jesus was buried with 75-100 lbs. of spices. It was historically recorded that in preparation of the body of the Jewish scholar Gamaliel, a contemporary of Jesus, 86 lbs. of spices were used.11

The entire burial wrapping, which consisted of no fewer than three separate linen cloths, was wrapped around the body starting at the feet. As the body was wrapped, the spices were mixed with a gummy substance called myrrh, and was placed between the folds. The final encasement could weigh between 117 and 120 lbs.12 It is not hard to imagine how difficult it would be to smuggle a body from a well sealed, well guarded tomb, whose body was encased in 100 lbs. of anointed grave clothes. Instead we find an empty tomb, clueless soldiers, and the linen clothes lying in the tomb, neatly removed from the body, and the facial cloth wrapped in a separate place.13 The only logical explanation is the resurrection of Jesus.

In his book Legal Reasoning and Christian Apologetics, Law Professor, Dr. John Warwick Montgomery observes that the case for Jesus’ resurrection was “presented contemporaneously in the synagogues – in the very teeth of opposition, among hostile cross-examiners who would certainly have destroyed the case for Christianity had the facts been otherwise.”14

4. The Martyrdom of the Disciples after the Resurrection

Every disciple of Jesus but one (John, who survived being boiled alive, and was exiled to Patmos) met a gruesome death because of their beliefs regarding Jesus and His resurrection. Who, staring death in the face, would die for something they knew to be false? The notion is ridiculous. This commitment to the resurrection of their Savior was not just limited to Jesus’ immediate followers, but countless others were tortured, burned, mauled, crucified, and quartered for holding the same belief unto death. The history of the early church is one of bloodshed – not the blood of war, but of martyrs. They not only held to their testimony regarding the resurrection, but refused to retract their beliefs even knowing that their death would be imminent. The disciples carried their convictions of seeing the risen Messiah to the grave. They paid the ultimate sacrifice, which produces further evidence of their testimonies’ trustworthiness.

What does it mean to have a God who has actually conquered death? Because Jesus rose from the dead, we will rise also – if we are trusting in Him as our Savior. Death has no sting! The grave has no victory! Jesus resurrection proved that His payment for our sins was accepted! We can now face every day with the assurance that we have been saved from death and Hell. We can live with the same confidence that enabled the apostle Paul to say, “For me to live is Christ, and to die is gain.”15