Christian Baptism in the light of the Jewish Mikveh 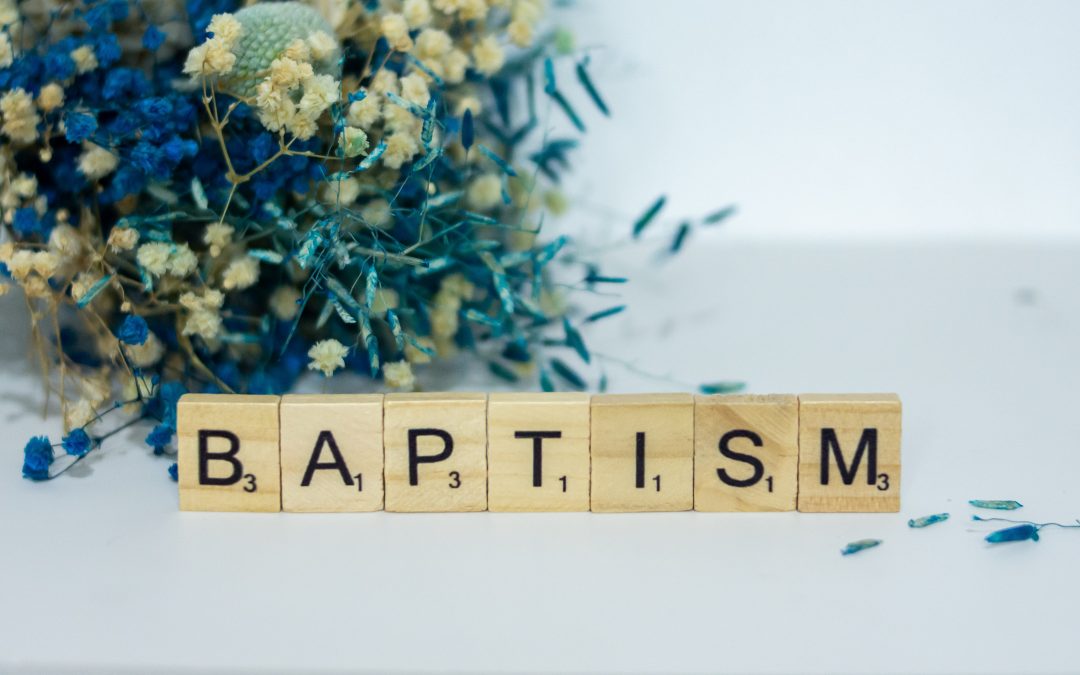 Baptism in the Christian world is a religious ritual that has, in many instances, taken on an importance far beyond its simple origins. There are Christian denominations, Catholicism and Church of Christ among others, that embrace the understanding that this “sacrament” is essential to salvation. Others believe it is not at all needed in a Christians life, such as the Quakers, while those who more closely adhere to the Bible understand it to be irrelevant in regard to salvation, but necessary in a person’s obedience to and walk with the Lord.

Scant consideration has been given to the historical background of Christian baptism and what can be learned. When the gospels open – Matthew 3, Mark 1, Luke 3, John 1 – we are told of John baptizing people. There is no indication of surprise, wonderment at a new ritual, or the necessity of the practice. Why? Because Christian baptism has its origins in the Jewish mikveh.

The Jewish Virtual Library, https://www.jewishvirtuallibrary.org/mikveh, defines mikveh (Hebrew, hwqm), “literally translated as a ‘collection’ or ‘gathering’, is a pool or bath of clear water in which immersion renders ritually clean a person who has become ritually unclean.” It is a religious ritual with a symbolical understanding.

Mikveh was always a symbol

Mikveh was/is always a picture/symbol of a reality of what happened:

“The mikvah personifies both the womb and the grave; the portals to life and afterlife. In both, the person is stripped of all power and prowess. In both, there is a mode of total reliance, complete

abdication of control. Immersion in the mikvah can be understood as a symbolic act of self-

abnegation, the conscious suspension of the self as an autonomous force. In so doing, the

immersing Jew signals a desire to achieve oneness with the source of all life, to return to a primeval unity with G-d. Immersion indicates the abandonment of one form of existence to embrace one infinitely higher. In keeping with this theme, immersion in the mikvah is described not only in terms of purification, revitalization and rejuvenation, but also, and perhaps primarily, as rebirth.”  Chabad   http://www.chabad.org/theJewishWoman/article_cdo/aid/1541/jewish/The-Mikvah.htm (bold added)

“Every religious tradition uses water to denote change and transformation. In Jewish tradition,

water is part of our sacred narrative, as when Hebrews traveled through the waters of the Red Sea

as they left Egypt, marking their transformation from a tribe of slaves into a free people.

“Mikveh is the Jewish ritual that symbolically enacts this kind of profound change for individuals. The mikveh pool recalls the watery state that each of us knew before we were born; the ritual of entering and leaving mayyim hayyim, living waters, creates the time and space to acknowledge and embrace a new stage of life.”

Mayyim Hayyim (established by observant Jews in the U.S. for Jews to learn and have a

kosher mikveh understanding and experience) website http://mayyimhayyim.org/Using-the-Mikveh (The article for this quote has been removed) bold added.

Historically, and to the present day, the use of the mikveh illustrated a spiritual truth. It never washed away sins. It only made the individual ritually pure, not actually pure. The comment of the Chabad website should be fascinating to a Bible believing Christian. Let me excerpt the thought: “Immersion in the mikvah can be understood as a symbolic act…Immersion indicates the abandonment of one form of existence to embrace one infinitely higher. In keeping with this theme, immersion in the mikvah is described not only in terms of purification, revitalization and rejuvenation, but also, and perhaps primarily, as rebirth.”

The use of the mikveh is symbolic! It illustrates a desire to leave your former way of life to embrace a higher calling. The following of God’s will for your life. It symbolizes a new birth! Wow!!! We will revisit this thought later in this article.

Mikveh not found in the Old Testament

Genesis 1:10   “And God called the dry land Earth; and the gathering together [hwqm mik-veh’] of the waters called he Seas: and God saw that it was good.”

Exodus 7:19     “And the LORD spake unto Moses, Say unto Aaron, Take thy rod, and stretch out thine hand upon the waters of Egypt, upon their streams, upon their rivers, and upon their ponds, and upon all their pools [hwqm mik-veh’] of water, that they may become blood; and that there may be blood throughout all

Leviticus 11:36            “Nevertheless a fountain or pit, wherein there is plenty [hwqm mik-veh’] of water, shall be clean: but that which toucheth their carcase shall be unclean.”

Isaiah 22:11    “Ye made also a ditch [hwqm mik-veh’] between the two walls for the water of the old pool: but ye have not looked unto the maker thereof, neither had respect unto him that fashioned it long ago.”

“Although water purification is referred to in the Old Testament, in regard to rituals and the Jewish Temple in Jerusalem, with washing, sprinkling, and dipping in water, we do not hear of specific places or installations that people would constantly frequent for the purpose of ritually cleansing their flesh. The term mikveh was used in a very general sense in the Old Testament to refer to a body of water of indeterminate extent (cf. Gen. 1:10; Ex. 7:19), or more specifically to waters gathered from a spring or within a cistern (Lev. 11:36) or waters designated for a large reservoir situated in Jerusalem (Isa. 22:11). None of these places are mentioned as having been used for ritual purification in any way.”

During the Second Temple period (roughly from 100 B.C. to 70 A.D.), the Jewish population in Israel had a very distinctive practice of purification within water installations known as mikva’ot.

There have been numerous mikva’ot found in excavations in Jerusalem and throughout the land of Israel. Numerous examples are known from the area of the “Upper City” of Second Temple period Jerusalem (the present-day Jewish Quarter and Mount Zion). It is believed that both the pool of Siloam and the pools of Bethesda were large mikva’ot that would be used during Israel’s festivals, especially, when there was need for the ritual purification of thousands of pilgrims.

When one visits the community of the Essenes in Qumran near the Dead Sea, many mikva’ot have been uncovered for the use of the Essene community. Likewise, in the north, in the ancient town of Magdala on the shore of the Sea of Galilee, many mikva’ot have been uncovered in the homes of the residents. Throughout the land one finds these ritual immersion pools.

What Can We Learn from Jewish Mikveh (Baptism)?

Purification (spiritual) was a prime concern for the vast majority of Israelites in the late second Temple period. For example, we find the purification of vessels in Mark 7:4: “And when they come from the market, except they wash, they eat not. And many other things there be, which they have received to hold, as the washing of cups, and pots, brasen vessels, and of tables.”

The Jewish background of baptism (mikveh), being a picture or symbol (“symbolically enacts this kind of profound change for individuals”), suggests that the introduction of believer’s baptism should be understood to be consistent with the prior use of baptism, that is, as a symbol or picture of the reality that has taken place. It is, thus, reasonable to conclude that in this Jewish book, the New Testament, every reference to baptism should be considered in light of the Jewish cultural background of mikveh, that is, it is symbolic or illustrative.

“O the hope [hwqm  mik-veh’] of Israel, the saviour thereof in time of trouble, why shouldest thou be as a stranger in the land, and as a wayfaring man that turneth aside to tarry for a night?”

“O LORD, the hope [hwqm  mik-veh’] of Israel, all that forsake thee shall be ashamed, and they that depart from me shall be written in the earth, because they have forsaken the LORD, the fountain of living waters.”

“All that found them have devoured them: and their adversaries said, We offend not, because they have sinned against the LORD, the habitation of justice, even the LORD, the hope [hwqm  mik-veh’] of their fathers.”

Why would mikveh be translated the “hope of Israel?” This translation is found in many Christian translations (KJV, ASV, ESV, NIV, etc.) as well as Jewish translations (JPS, Leeser, Harkavy, etc.). These versions speak of the “the Saviour of Israel” who is the “LORD of Israel,” who was “the hope of their fathers.” In addition, Jeremiah 17:3 speaks of the LORD as “the fountain of living waters” forsaken by the people of Israel.

The “hope of Israel” is Messiah, here referred to as the “mikveh of Israel.” With mikveh used as “the hope of Israel,” and the reference to the LORD as “the fountain of living waters,” the tie-in becomes clearer. In light of the Jeremiah usages and the introduction of the mikveh (100 B.C.) in the late 2nd Temple period consider the use of “baptism” with John and Jesus (bold added).

29        The next day John seeth Jesus coming unto him, and saith, Behold the Lamb of God, which taketh away the sin of the world.

31        And I knew him not: but that he should be made manifest to Israel, therefore am I come baptizing with water.

33        And I knew him not: but he that sent me to baptize with water, the same said unto me, Upon whom thou shalt see the Spirit descending, and remaining on him, the same is he which baptizeth with the Holy Ghost.

13        Then cometh Jesus from Galilee to Jordan unto John, to be baptized of him.

15        And Jesus answering said unto him, Suffer it to be so now: for thus it becometh us to fulfil all righteousness. Then he suffered him.

16        And Jesus, when he was baptized, went up straightway out of the water: and, lo, the heavens were opened unto him, and he saw the Spirit of God descending like a dove, and lighting upon him:

The baptism of Jesus, and God’s approval of Him, symbolized that the “hope (mikveh) of Israel” has now come. The use of water is to remind the participant in baptism that Jesus the Savior is the “fountain of living water.” Remember in John 4 when Jesus confronted the Samaritan woman at the well and told her, verse 14, “But whosoever drinketh of the water that I shall give him shall never thirst; but the water that I shall give him shall be in him a well of water springing up into everlasting life.” He is the “living water.”

In the same way, every usage of baptism (Acts 2, Romans 6, 1 Peter 3, etc.) should be understood as symbolic, representing the “hope of Israel,” Messiah Jesus! When a believer is baptized today the focus is on the picture of what the Lord Jesus has done for that individual. As one is immersed in the Jewish practice of mikveh, so the mode of baptism should be immersion as it pictures the individual dying from his old life and raised to a new life because of what the “Hope of Israel” has done.

If baptism is necessary for salvation, why is it absent from the Old Testament? It is absent because it wasn’t until about 100 B.C. that it was adopted in the Jewish world.

The Jewish practice and understanding of the mikveh, coupled with the fascinating translation of mikveh in the 3 Jeremiah passages, brings light to an otherwise confusing Christian practice called baptism. Baptism is symbolic of what has already occurred in a person’s life through their salvation. It is an act of obedience to the command of God. It is done publically because it is an acknowledgment that Jesus has given me a new life and purpose. When the believer comes out of the baptism waters it is a testimony to all present that the desire is now to live for his Lord Jesus.