Bar Mitzvah and the Age of Accountability 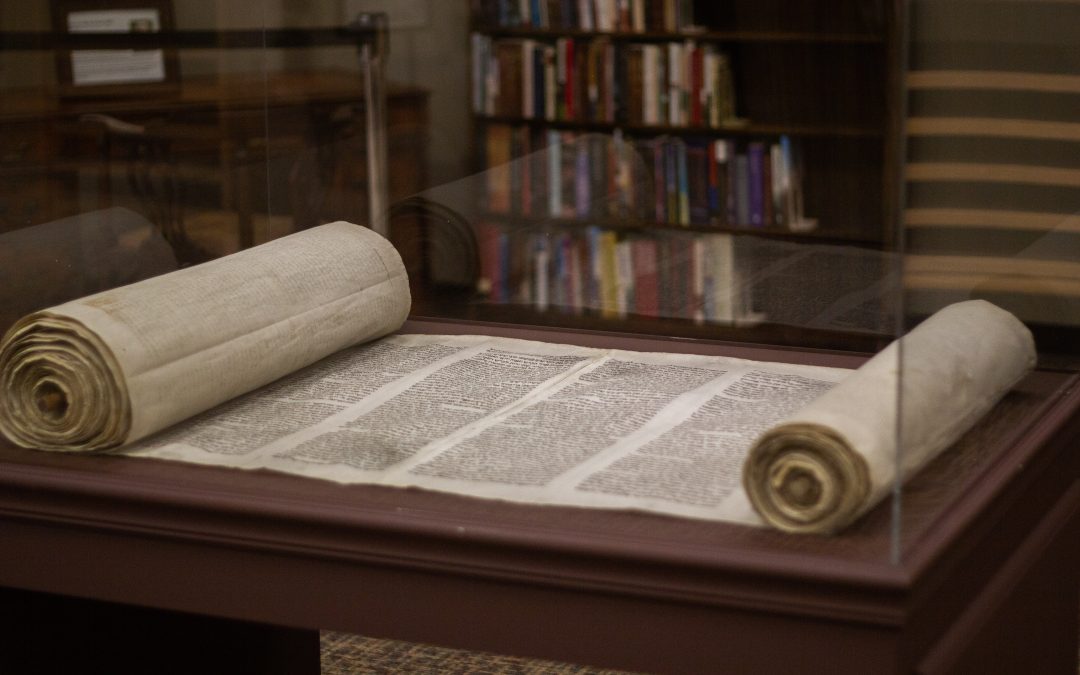 Does Scripture address what is referred to as “the age of accountability”? How can a parent discern when a child reaches that age? Why do Rabbis set 13, bar mitzvah age, as the age when a child becomes a responsible adult under the Mosaic covenant? When Jesus met with the experts of the Law at age 12, was that his Bar Mitzvah? What happens to a child who dies in the stage of innocence? All of these questions are important, especially to those who have young children, or have gone through the heartache of losing a young child to death.

Though children inherit the sin nature at conception,2 they remain unaware of sin’s spiritual and eternal consequences until a point. So then, what happens to a child’s soul who dies before that awareness? The account of David’s sin and tragic loss of the ill-conceived infant addresses his assurance that, he would see the deceased child again.3 The inference is that he anticipated a reunion in heaven with his child. What then, does God do about the sins of children? This is addressed in 1 John 2:12-13, “I write unto you, little children, because your sins are forgiven you.” John is not only dealing with the spiritual growth phases but also human maturation. In 1 John 1:9 he clearly teaches that adult new believers are responsible to own and admit their sins. They are not forgiven just because they are “children,” i.e.: new believers. He is literally speaking of children when he says that their “sins are forgiven for his name’s sake.” It is most significant that Jesus set the bar for entrance into heaven at becoming like a little child, “of such is the kingdom of heaven.”4 These and other scriptures give us hope theologically in the character of a God of mercy for the application of Christ’s forgiveness to children as well as those who remain as children mentally.

In modern Judaism, a boy becomes a bar mitzvah, (son of the Covenant) at age thirteen. “There is no option of deciding whether or not to be bound to the commandments. It is a responsibility that comes with the covenant God made with Abraham and the Jews for all generations to follow. From then on, he is expected to keep the mitzvot – commandments.”5 “The bar mitzvah ceremony formally, publicly marks the assumption of that obligation, along with the corresponding right to take part in leading religious services, to count in a minyan (the minimum number of people needed to perform certain parts of religious services), to form binding contracts, to testify before religious courts and to marry. A Jewish boy automatically becomes a bar mitzvah upon reaching the age of 13 years, and a girl upon reaching the age of 12 years. The popular bar mitzvah ceremony is not required, and does not fulfill any commandment. In its earliest and most basic form, a bar mitzvah is the celebrant’s first ‘aliyah’ (ascending the platform) during Shabbat services on a Saturday shortly after the child’s 13th birthday, or even the Monday or Thursday weekday services immediately after the child’s 13th birthday.”6 At the ceremony the young “celebrant may read from the Torah scroll on the Bema Platform, say the blessing, and lead in prayers… and make a speech.”7 A clear line is drawn by the father to signify the beginning of that child’s accountability for sins and he “recites a blessing, thanking God for removing the burden of being responsible for the son’s sins.”8 However, there is no biblical warrant for arriving at that “one age fits all” at 13.

Was Jesus having a Bar Mitzvah or preparing for one when He was at the Temple at age twelve? Mary and Joseph’s cluelessness as to his whereabouts is evidence that this wasn’t a scheduled ceremony. No doubt, they experienced the parental paradox of panic and pride as He replied, “I must be about Father’s business.”9 That He astonished the elders with His knowledge of Scripture, is testimony to the diligence of Joseph and Mary to the training model of Moses; “And thou shalt teach them diligently unto thy children.”10 As to this being a first century bar mitzvah, “The first record of celebrating ‘bar mitzvah’ is from the 10th century C.E.(AD).”11 There is no mention of such a ceremony in the Tanak (the Hebrew Bible) or the Talmud (Rabbinic Commentary of Law). In witnessing to Jewish people this account can be used to establish the Jewishness of Jesus, and his impressive knowledge of Torah a year prior to the modern bar mitzva age. Jesus’ circumcision at eight days old was the only biblically required sign of God’s Covenant with Abraham. His maturation process from age 12 – 30, often referred to as the “silent years,” is summarized, “he went down with them, and came to Nazareth, and was subject unto them…And Jesus increased in wisdom and stature, and in favour with God and man.”12  This is the gold standard for all parental training.

Well intended customs within Christian and Jewish faiths, such as baptism, confirmation or bar mitzvah, are meant to prepare children for a relationship with God, but sadly have filled many with a false assurance of salvation based on merely passing a test and joining the team. Such a standardized system of instruction in the doctrines of salvation and ordinances of the church, is commendable to make one “wise unto salvation.”13 Nevertheless, the God given responsibility is solely that of the parents. Too many have left their child’s salvation up to the church’s programs. Regeneration is not the product of a procedure nor a public rite of passage. I have encountered too many adults, who having completed such a program as a child, who respond with a disturbing answer, when inquiry is made about their salvation experience. “I was baptized when I was 12.” Baptism after successfully completing the course, giving mental assent to a creed and publicly professing Christ, tragically has become equated with salvation by faith in Christ. It is no wonder that churches that were founded with a born again, baptized membership, have become populated with religious adherents who have not experienced regeneration by the Holy Spirit. The issue is whether one’s name is merely on a church roll, or in the Lamb’s Book of Life.

Romans 7:7-9 is an overlooked scripture in which the age of accountability is touched upon in Paul’s personal testimony. Like every descendant of Abraham, he was officially under the Law from his circumcision. “Circumcised the eighth day, of the stock of Israel, of the tribe of Benjamin, an Hebrew of the Hebrews; as touching the law, a Pharisee.”14 What did he mean when he said, “I was alive without the law once?” The preceding verse shows that the knowledge of the Law and its commandments activated his awareness indicated by the phrase, “sin revived.” An awareness was “wrought in me.” Prior to that point, he said, “sin was dead,” meaning he was living in a state of unawareness. His awareness of his death sentence came when the Law confronted the “the law of sin which is in my members.” When did sin (the law of sin) revive in Paul? There was a point in Saul of Tarsus’ youth, where awareness of his inner sin nature was confronted with the Law of God, and brought an inner sense of hopelessness and death.  This is not the same language he used when describing his Damascus Road experience in other passages. It was on that road, that he was confronted with the personification of grace and truth and through repentance and faith in Jesus, was made alive not dead. Like many, Saul had lived years into adulthood beyond the age of accountability, condemned by the Law. A futile battle with the inborn law of sin was waged by desperate attempts to appease God through commandment keeping – “Touching the righteousness which is in the law, blameless.”15 His internal frustration and pharisaical hatred for Jesus was a reaction of conviction to his sinfulness exposed. “If I had not come and spoken unto them, they had not had sin: but now they have no cloak for their sin.”16 From his youth he had been consumed with a zeal to establish his own cloak of righteousness. The previous chapters deal with the penalty of breaking the Law and salvation by grace through faith but here in Romans 7:7-14 the emphasis is the awareness of his sin nature. Verse 23 identifies it as the “law of sin in my members.” This inner awareness even present after salvation has a beginning long before our salvation, that we refer to as the age of accountability. When a knowledge of God’s holy Law is made alive in us then the cloaked inner sinfulness is exposed.

Parents must examine whether their child is just convinced by them or by the Holy Spirit of their sinfulness, Christ’s righteousness and of personally facing coming judgment for sin. So many Christian parents who are comforted that they are in Christ and not under the Law, have urged only memorization of the Bible verses about sin from the New Testament, without confronting children with their accountability to God’s Law and its penalty. “The soul that sinneth it shall die.”17 Though we in the Church Age are under grace, our children still need the Law of God to equip their developing consciences. Parents are commanded to instruct with the Law, God’s “school master,”18 which will convict of inner sin nature. “The Law of the Lord is perfect, converting the soul.”19 Children who are not made to learn and obey nor suffer consequences for disobedience to God’s Law via their parent’s commandments will develop a weak conscience with no fear of God, greatly increasing their risk of eternal hell.20 What is our part? A good recipe is to love God in front of them, learn the Law of God with them, insure that they listen to the gospel. We are to pray and probe for discernment as to their receptivity. If the child is less urgent about salvation than the parent, patience and prayers should be our default.

A word of compassion is in order for those dear parents burdened over a young person who has gone astray. Our unceasing love in keeping the communication lines open and our fervent prayer for them can avail much. When the prodigal looks Godward, may there be no doubt of our unconditional love. Let me assure you from personal parental experience, that God is always at work in their lives, even when we are ready to give up.