Anti-Semitism and the Democratic Party 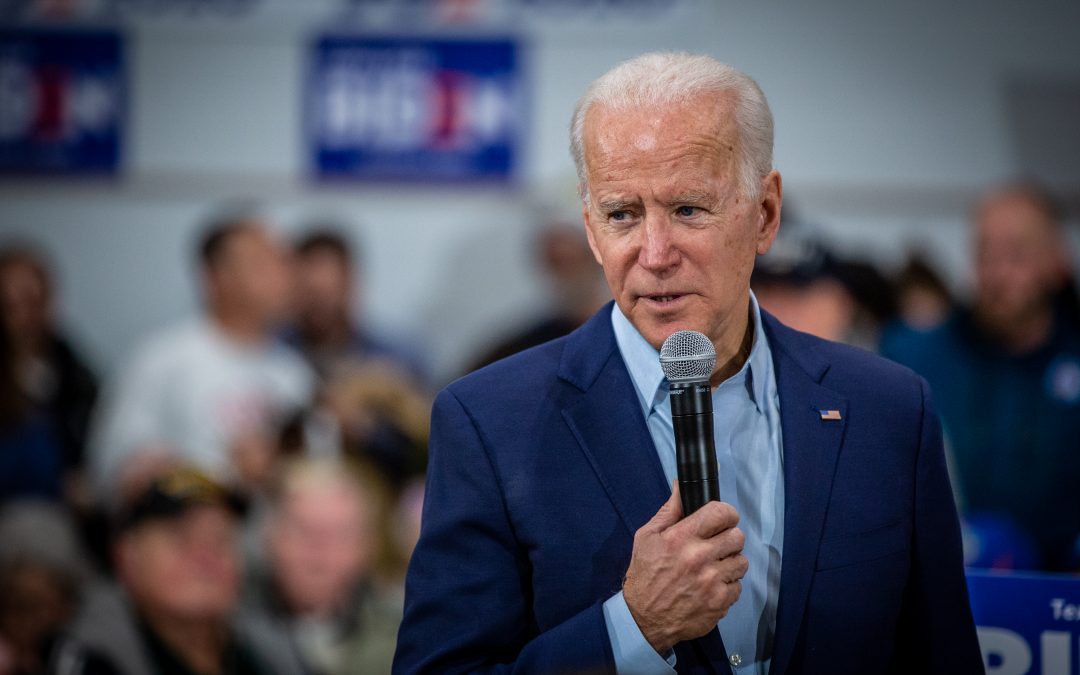 by Ken Overby | After my sermon on blessing the Jewish descendants of Israel, a well-meaning Christian approached me in the aisle, explaining, that she was for the Jewish people, but not for the “Zionists.” I explained to her that to be against Zionism and Zionists, was being against Israel and Jewish people. It is a modern day form of anti-Semitism.

This is the duplicity of the Democratic Party today. They have adopted planks in their 2020 platform that give lip support to Israel while putting massive resources into electing openly anti-Semitic, Muslim politicians. They tout that one can be anti-Israel and still not be anti-Semitic. This plays well to both liberal Jews and liberal “Christians.” Liberalism is the religious dogma that trumps all other identities, because liberalism is godless, secular humanism. A look at their written platform and actions reveals this as the driving philosophy of the Democratic Party today.

Last year while in Israel, our Executive Director and I went to a store for supplies. An older clerk helping us, realized that we were Americans. We got an ear full of what he thought of the two Democrat Congress members, Ilhan Omar and Rashida Tlaib, who were making news about their intent to visit to Israel.1 He began loudly cursing them. A younger associate pulled him aside to calm him down. What a shame to be in the land of our greatest ally, and see the pain of the betrayal felt by Israelis against elected congressional members of the formerly pro-Israel Democratic Party. Republican Jewish Coalition executive director Matt Brooks rebuked Speaker Pelosi’s endorsement of Omar. “For Nancy Pelosi to endorse Ilhan Omar, who has trafficked in virulent anti-Semitic comments and has been one of the most vocal anti-Israel members of Congress, sends a message to the Jewish community that the Democratic Party just doesn’t care.”2 Kamala Harris, covered Omar’s Jew hatred with “there is a difference between criticism of policy… and anti-Semitism,” with no explanation of that “policy.”3 There is no difference. The Democrats have determined to be more palatable politically by hiding Jew hatred under the skin of hating nationalism of the only Jewish state.

One of the questions I am frequently asked by Christians is, “How can Jews support Democrat politicians who are against Israel?” The Democratic party’s former history of ideological support for Israel still musters generational Jewish support. Following Israel’s birth, a post-Holocaust nation under constant attack by her Arab enemies evoked great sympathy and raised billions in support. Now a strong successful Israel in Democrat thinking gives occasion to her enemies. It is unthinkable to liberal Jews that the Jewish state could be an aggressor as is falsely portrayed by the liberal media. The pro- Palestinian Arab nations have targeted this chink in the American Jewish armor. The analogy of Israel being David against the Goliath of the Arab nations has been flipped to present Israel as the giant bully against the weak Palestinian David. Several young Israelis have summarized it to me this way, when asked about this puzzling phenomenon with Jewish Democrats, “They liked Israel when we were weak but not now that we are strong.”

Jewish support of the Democratic party was at one time a guarantee of pro-Israel policies. Now a significant minority of liberal Jews are not even pro-Israel. The political life raft has been pirated into anti-Semitic seas. What is the cause of this change? Beyond the two-edged sword of the rise of secularism and the toxic insurgency of Islam in American politics, the source of the most ancient hatred against God’s chosen people is Satan. Nehemiah faced his emissaries while rebuilding Jerusalem. Today the names are no longer Sanballat and Tobiah, but the likes of Omar and Tlaib. The hatred has the same Satanic source and, thus, “it grieved them exceedingly that there was come a man to seek the welfare of the children of Israel.”4

A 2019 Gallup poll “was conducted prior to Minnesota Rep. Ilhan Omar’s recent remarks…suggesting that some supporters of Israel are pushing for ‘allegiance to a foreign country.’ Omar’s statements have sparked a firestorm, with some in Congress calling for her to be censured or removed from her position on the House Foreign Affairs Committee, while others, such as New York Rep. Alexandria Ocasio-Cortez, have come to her defense.…” The Gallup poll showed that “among all the political groups, ‘liberal Democrats have the lowest net sympathy for Israel.’ On average from 2017-2019, liberal Democrats have been nearly as likely to be pro-Palestinian as pro-Israeli in their views on the conflict.”5

In the Democrat Presidential candidacy, the Biden-Harris ticket has anti-Semitic skeletons. Both Obama and Kamala Harris had fingerprints on sending Iran’s nuclear program a planeload of cash. “Upon entering office, President Obama immediately terminated the decades-old US policy ensuring ‘no daylight’ with Israel. Though claiming to be ‘pro-Israel,’ Obama – and then Democrats generally – relentlessly demonized Israel’s…popular leader, Bibi Netanyahu. The rising strain of anti-Semitic tropes…in national Democratic politics, was thus already being foreshadowed – and normalized – by the Obama Administration’s attacks on Israel and Jews. Their narrative is now the norm among Democrats across the spectrum….Their 2015 Iran Deal strengthened, enriched, and normalized the Islamic Republic over Israel’s fearful pleas. Their parting shot, UN Resolution 2334, criminalized the mere act of living in Judea…. Outgoing Secretary of State Kerry announced that when Democrats were back in power they would punish Israel for its stubborn refusal to be bullied into suicidal positions ‘for the sake of peace.’”7 Biden’s platform delivers on that threat. According to Genesis 12:1-3 God vows it will not end well for “him who curseth” much less “punishes” Abraham’s descendants.

The Democratic platform has pledged that the US will again support the UN Human Rights Council which President Trump removed us from in 2018. Nikki Haley gave the rationale “for withdrawal as a ‘chronic’ bias against Israel.” Their position on Iran is to reestablish “mutual compliance” with the failed Iran nuclear deal.” Trump led the United States to reinstate sanctions against Iran in 2018 and imposed new financial penalties in a campaign of “maximum pressure.” In a stark, stunning and explicit departure from decades of bipartisan U.S. policy promising “no daylight” and “no surprises” between the allies, Barack Obama, Joe Biden, Hillary Clinton and John Kerry revealed Israeli intelligence, sabotaged operations and engaged in stealthy diplomatic attacks on the Jewish state-culminating in the notorious UNSC 2334 declaration that the mere act of Jews living in Judea is criminal.

The reality is that the Democratic Party is turning against the Jewish people. In an August 13, 2020 article, The Democrat Party is Getting Rid of the Jews, by Daniel Greenfield, he states:
“The relationship between Jewish communities and elected officials is being broken. And that has implications well beyond Israel, BDS, or Iran. It means that Jews are no longer a Democrat constituency. That’s a reality that is quietly sinking in for many Jewish Democrat professionals, especially after the purge of Rep. Elliot Engel by a radical backed not only by AOC, but Obama.

But, then the article states, “Most Jewish Democrat voters are steadily refusing to pay attention to this phenomenon.” And, “It’s not just that the Democrats are turning against Israel, they’re turning against Jews.”6

With the release of their platform for the 2020 elections the Democratic Party has embraced an anti-Israel, anti-Semitic position. On July 27, Jeff Ballabon wrote:
“Anyone concerned with Jews and Israel should be horrified by the Democrats’ newly released 2020 platform. It directly threatens the Jewish state, employs double-talk calculated to stoke antagonism between the American left and Israel, and pays passing lip-service to opposing antisemitism, but in the gaslighting way Linda Sarsour and Ilhan Omar do; to deny it where it exists and point fingers elsewhere. In both narrative and policy, the platform crosses over the line into deep antisemitic territory. It’s a dangerous acceleration of an approach first tested when Joe Biden was Vice President and in which he played an active role.”7

In a July 24, 2020 article titled, The Democrats’ Pro-Iran, Anti-Israel 2020 Platform, by Bruce Abramson and Jeff Ballabon, they comment:
“With this Israel plank in its platform, Joe Biden and the 2020 Democrats have effectively adopted the terrorists’ creed, excusing, justifying and encouraging the murder of Jews, denying history and law, and promoting the continued rise of global anti-Semitism. While the platform committee may have allowed the purportedly “pro-Israel” operatives to remove the word “occupation” from the text, its substance reaffirms the Democrats’ commitment to the unspeakably anti-Semitic and anti-American notion of “judenrein” territory—the ethnic cleansing of Jews from their historic homeland. Selected details and linguistic niceties cannot spin away the platform’s substantive anti-Jewish reality.”8

Ballabon, in his July 27 article comments on how much of a concern the Democratic party’s platform and drift is for Jewish people:
“It reserves this antipathy for indigenous Jewish territories in which Jews have lived for more than 3,000 years… This is the position of a major American political party as regards the most Jewish of all places on Earth – Israel, Judea, Jerusalem. All within living memory of the mass slaughter and expulsion of Jews from European and Arab countries. This platform is a crisis as grave as any Jews have confronted at any time in our history.”9

President Trump said to key Jewish leaders in a conference call ahead of this year’s Rosh Hashanah holiday, “We really appreciate you, we love your country…” He warned that “electing his Democratic challenger Joe Biden would be a big mistake and … Israel is in big trouble,” Trump said, expressing hope that Jewish voters will buck historic trends. “This is really a time that’s very important in the life of Israel and the safety of Israel.”10

Is there any hope that Christian and Jewish Democrats will abandon this anti-Israel, anti-Semitic party? Jesus dealt with such a Jewish supporter of the Roman enemy of Israel in Luke chapter 19. His name was Zacchaeus. He was a Jew who collected taxes for the Romans – a “publican.” Not only was he employed by the enemy of his own people, he lined his pockets by overcharging – robbing his fellow Jews. In this case, salvation through repentance and faith in Jesus elicited a promise to refund those he had defrauded. Jesus said, “This day is salvation come to this house,” Luke 19:19.

Jesus specializes in opening the eyes of the blind. Our emphasis has to be the opening of spiritual eyes through the light of the Gospel to the Jew first and also to the Gentile. When born again believers in Jesus the Jewish Messiah hide our light under a bushel evangelically and lose the savor of salt morally, our preservative influence becomes “neither fit for the land, nor yet for the dunghill; but men cast it out.” 11

For those Christians who nurse a generational attachment to the Democratic Party, that is openly anti-Semitic, as well as pro-abortion and pro-homosexual marriage, the imperative of the Apostle Paul is “Be ye not unequally yoked together with unbelievers: for what fellowship hath righteousness with unrighteousness? Wherefore come out from among them, and be ye separate, saith the Lord.” 12 Seldom has a major American political party so distanced itself from the notion that, as President John Adams pointed out, “righteousness exalteth a nation but sin is a reproach to any people.” 13 Are there any completely righteous political parties or candidates? No, but there are planks approved by the Democratic Party of 2020 that flagrantly defy God, His Word and endanger Jews and Israelis who are “beloved for the fathers’ sakes.” 14